glitter-graphics.com
I'm not a sports fan, but I have been drawn into the World Cup Football this time. Partly because it's being held in my old home country of South Africa, and partly because the more I've watched the more interesting it has been. From the dramas of France to the gloom of England, from the controversy over the new ball to Paul the psychic octopus predicting the winners...

It certainly has not been boring!
Every game night I've been working my cooking-eating schedule to fit family eating before or between games. Our entire family has been rather glued to the TV. Having watched so many winners and losers come and go I must admit that a lot of the games are a muddle for me at this stage, but one team does stands out for me.

Why Ghana? Well... if you have been following the sport you'll know they were the last African team still in the competition by the quarter-finals. As the last African team playing in the first Africa-based World Cup the whole of Africa turned to them to make not only their Nation proud, but the entire continent proud. glitter-graphics.com
Talk about pressure! It must be stressful enough playing knowing the hopes of your country are on you, but having a whole continent watching you in expectation? Ouch!

And "ouch" is exactly what happened on the night. Ghana basically tried too hard. When it counted the most they tensed up and although they constantly tried for goals they missed far too many times.

Simon Burnton of guardian.co.uk summed it up like this:

Unbelievable penalty drama sees Ghana miss one to win it, and then lose the shoot-out to cheaty, continent-crushing Uruguay

Final thoughts: The Ghanaians are gutted, predictably. Gyan, who missed that penalty in extra-time, is distrought. I quite wanted Uruguay to win, to be honest, but in these circumstances? They have cheated their way to victory. Within the rules of the game we all love, but cheating all the same.

Officially Ghana were not the winners and yet, unlike most teams who lost and went back in gloom or shame, they went home to cheering and celebrations.

Despite the setback, the Black Stars never let the continent down as they fought to the very last kick of the game backed by wonderful support from the rest of the continent.

Paintsil said (of Gyan's missed penaty), “It is penalty, anyone can miss it. It is part of football. It is not a mistake, it is not a mistake at all. He kicked it from his heart. We all wanted to win the game but, yeah, we will pick it from there.”

"The Stars fought gallantly, not only making Ghana proud, but the entire African continent," teacher Felicia Acheampong was quoted as saying by Reuters.

Ghana's captain Stephen Appiah said: "We did our best but luck was not on our side... "

All any of us can do is to try our best and yet it seems as if modern life only wants those who win at any cost rather than those who try. When you take into consideration how many people there are on this planet it's pretty easy to see that the chances of ever being "The Winner" are slim.

Which makes Ghana the real winners, in my opinion. 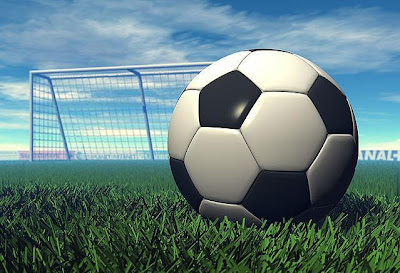 Ahhh...many people in Indo (mostly men) are crazy about World Cup, including my Dad and bro he he...I've never been too fond of soccer, though. Anyway, it's true what you say about the pressure to win...the pressure to make the "destination" that counts more than the journey itself.

Very true about the journey. :-)

Hi Michelle, well the World Cup has finally drawn to an end and what a month it has been!! I think it will take a few weeks for us to come down from it all - I know I will certainly miss all the festivities, activities and parties.

In my opinion it has exceeded all expectations!! I cannot describe how proud an happy I am, considering that I was positive about South Africa being able to host the event successfully all along and part of my reason for returning to SA was to be part of it. So in a way I have been rewarded and I have given myself a wonderful gift... I bought my tickets during the first round of sales about a year ago and never dreamt that I would end up seeing the likes of Germany, Spain, Portugal and Argentina play.

I'm glad that you enjoyed watching it so much - yes, very true - as it progressed, it just became more and more interesting - lots of upsets and unexpected results! I agree about Ghana, I was absolutely gutted and so was everyone I spoke to here in Cape Town.

Well, the final was a bit messy, but very gripping to watch and certainly kept us at edges of our seats till the end. I've got a feeling this world cup will become one of the most memorable yet (even if there are some criticism about the quality of the football that some of the teams produced).

I've got to say that in terms of unifying the population, this event achieved as much, if not much more than the 1994 Rugby World Cup, even if it may not have been as symbolic - we now have a situation where football will never ever again be considered a sport for only a portion of the population, as it was in the past. Also I think another legacy will be how our youth who will be inspired and we may yet see some fantastic football stars coming forward from this country in the future.

I just wish they could keep the extra 40000 police they have employed for the event - we have NEVER felt so consistently safe here before... In terms of security it has been like living in Western Europe for the last few weeks.

Okay, well that's the longest blog comment I've written in a while... :-)

Hi J~J
That was a long reply (grin), but well worth it. I enjoyed every sentence. :-)

What a pity SA couldn't always be that safe and happy. Something for people to remember and strive for? I hope so!