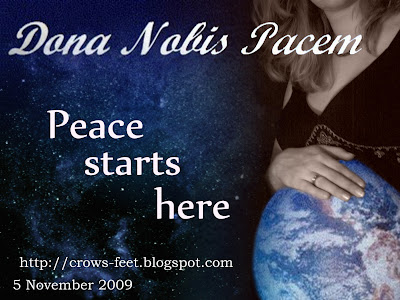 When I first started looking for ideas for this year's Peace Globe Day I went browsing worldwide symbols of Peace. What surprised me was discovering how many of those symbols stir up anger or even fear.

The Nuclear Disarmament symbol is considered evil by some... 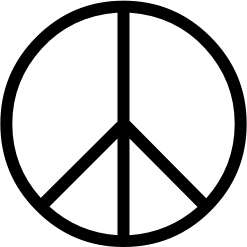 ...and the white poppy has its own hate group on Facebook.

It seems to boil down to two main misconceptions:
Anyone who thinks standing up for your beliefs against opposition is running away has clearly never tried it. As for seeing any Peace symbol as a hate symbol? How ridiculous and sad. 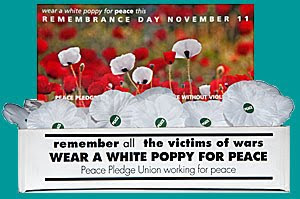 I wanted to wear a white poppy this year because I have loved ones who have fought in wars, not in spite of them.


Says it all doesn’t it? You cannot blog for Peace in spite, you can only claim Peace with empathy and sympathy. 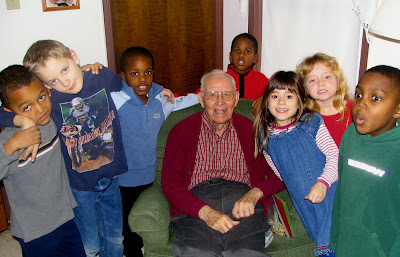 Peace is more than a lack of wars and terrorism. Peace is a lack of wanting, or needing, to cause violent harm. Peace is realising we aren’t countries, cultures or religions who need to overcome and subdue each other – we are one planet that needs to work together in order to have a future for our children.

Every mother wants a positive future for her children… the Earth as Mother is no different.

I had intended to use the white poppy for my Peace Globe, but the Earth Mother image took over along the way... Mother knows best? ;-) Goodness knows thinking of the Earth as our Mother certainly made me look beyond the surface issues of this planet we all share. That in turn led me to create the video about what Peace really means to me.

All good mothers understand that children need to claim responsibility for their own actions in order to grow up to be responsible adults. Good mothers know that pointing a finger and saying, “It’s their fault” or “He/She made me do it” never solves anything. Good mothers teach their children concepts like sharing, being considerate of others and good manners. What a different world this would be if countries acted more like mothers and less like global powers.

Peace alludes us when we chase after it because it never was out “there”. Just as creation of life starts within, the responsibility of creating Peace starts within each and every one of us. 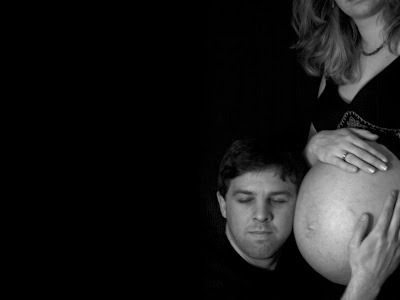 Lovely post ;-)
I add my voice to yours and others and have participated with different Peace Globes on each of my 4 blogs this year.
Hugs and blessings,

As I've told you, your Peace Globe is one of the most striking that I've come across during my involvement with the Blog Blast movement. And your post is excellent.

Thanks to you, this year I am participating for the first time. You do have a beautiful globe.

What a lovely post. Wishing you Miles of Smiles and Peace to you and yours.

This was a beautiful post! I agree with you so much. Peace to you and yours, Carver

Thank you for participating in the BlogBlast For Peace!
You have brought us one of the more memorable Peace globes and videos this year Michelle - Peace to you today and always

Michelle, you are truly a kindred spirit. I'm blessed and overjoyed that Our Mother set you in my path.

Wonderful post, Michelle. You said it all very well. Wishing you peace today and always.

Sorry I'm a day late. Beautiful post. The video is profound and the statistics devastating. Great post. Thank you.

"Peace is a lack of wanting, or needing, to cause violent harm."

Michelle this was such a well written post. I too am surprised at people's reaction to a "peace movement." So few within my blogging circle of friends participated. I was amazed by that. WHAT is not to love about PEACE??? Even if it is just peace in your heart and not on a world level... what isn't desirable about that???

Your phrase "Peace Starts Here" struck a chord with me and I plan to carry that forward in my day to day life.

Storyteller
It was last year's Peace Globes that led me to finding your lovely blog. What a joy these events are. Hugs and love to you.

Thank you both, very much.

I'm so behind in reading everyone's posts, but looking forward to a good read this weekend!

You're welcome, my friend. And thank you. Peace (and hugs) to you!

Hi Carver
Thank you. Peace wishes to you.

Bond
Participating is a privilege and a joy. Thank you for your very kind praise.

Hi Anndi : )
All I can say is... me too. The best part of the Peace Globes is meeting the wonderful people behind the dream.


Daisy
Thank you! Wishing you peace too. X

Hi Raven
I'm late in replying and reading myself this year. Thank you for the kind words. Love and peace wishes to you.

Jennifer
I think too many people get the wrong idea about peace movements, which is such a pity. Best Peace wishes to you! and thanks for reminding... Peace starts here, with me ... with us all.

I cannot say anything that can expound on the compliments that have already been bestowed upon you. Your efforts in this endeavour tells me how seriously you take this into your heart. One thing that saddens me is how, people in general, treat the wearing of a Poppy as an annual event as opposed to a daily reminder. Especially as we head into our Rememberance Day next week. Marvelous job Michelle.

This is a fairly common topic this year. I like your message, and completely understand it.

" The responsibility of creating Peace starts within each and every one of us ... "

Very beautiful and moving Blog Blast for Peace Michelle!
*May there be Peace on Earth*
Brightest of Blessings Always!
oxo ~*~ Patty

What a great contribution and a wonderful globe too!

Thanks for your visit and nice comment - glad you liked the idea of The Oslo Blog Gathering 2010! You want to join us?

Hi Bogey
Thank you and yes, we need to remember all year, not only for a day or a week. Or perhaps we just need to throw out the junk we all carry in our hearts so that there's more room for the good stuff, like Peace.

Hi Speedcat
Thank you and best Peace day blessing to you. :-)

Thank you for the kind words and personal invite. I would love to join, but not sure at this stage if I could. Would you please come back and remind me closer to the time?

May I pass the info on to my European blogger friends?

Dear Michelle,
Invitation for The Oslo Blog Gathering is for each and everyone in Blogsphere. I want to gather as many as possible from all over the world.
So pleas pass it and you're welcome to use the logo at the official program page!

Your globe is stunning. I hope you're able to find a measure of the inner peace that this has brought to me and others as you face what life is throwing at you this year.

Hi Robin
Thank you. Best of wishes for Peace and all good things to you too.

One other symbol of peace that was tarnished by evil was the "swastik", regarded by Hindus as a symbol of peace for centuries -- even millenia -- before Hitler co-opted it for his own evil purposes. (The Nazi "swastika" by accident or by design, faces the opposite direction however.)

But may I just say that I LOVE what you did with your globe? Truly original, beautifully simple. And simply beautiful.

Good point about the bent cross shape. (I know it has a name, but my brain won't cough it up)

Thank you for the praise. That globe did come out lovely. It just... clicked.

As you know, I've been taken with this globe since I first saw it. The Earth Mother theme prevailed this year - intrinsic change and internal revolution - that has been this year's cry. Last year was revolution. This year has been evolution.

I am so glad we got to know each other better this peace globe launch. The Bees! The Bees!
BZZZZZZZZZZZZZZZZz!

I will be back again and again to read this wonderful post. A truly memorable BlogBlast.

The white poppy, while a worthy idea for your globe, will just have to wait until next year. You have a winner here. It is stunning, as is your post.

Hugs to you and lots of love,

Last year was revolution. This year has been evolution.