I've just been invited to join a new and very interesting book site.

Or are blogs becoming dinosaurs? It seems as if everyone has moved to the frantic single line, one picture twitching frenetic worlds of Twitter, Facebook and all.

I'm as much to blame. Facebook is easy. I can access everyone from old school friends and family around the world to my favourite bloggers and long time internet friends all in one place. It's a lot easier posting one line than an entire, well crafted and thoughtful blog post. It takes longer to read a full blog post.

Is the world speeding up or are we simply a species where the novelty wears off and we move on to the next trend. What will we be doing when Twitter is boring and Facebook is obsolete? Which may be fairly soon, since the recent changes on Facebook are making it as much fun as standing in a busy queue!

Who knows... maybe the next trend will be to buy pretty paper and write real letters for a change. Remember them? Did you ever buy the fancy writing paper simply to own it? I did. I still have some of that. :-) Paper that inspired you simply by its beauty. 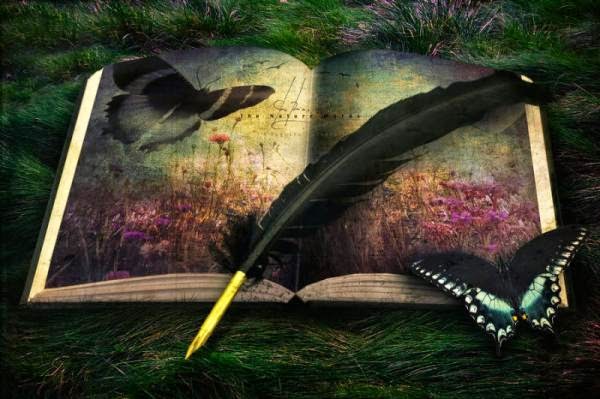 Blogging at least had beauty... Twitter and the rest do not.
Posted by Michelle at 09:32 8 comments:

I've been interviewed about writing, my books and myself.

I was born and grew up in Africa. Then I married a Scot and moved to the far North of the world. That colours my writing. The o...

Last Friday the weather was perfect, so we packed up a picnic and went for a drive into the mountains. We stopped here for our lunch, Loch Laggan. 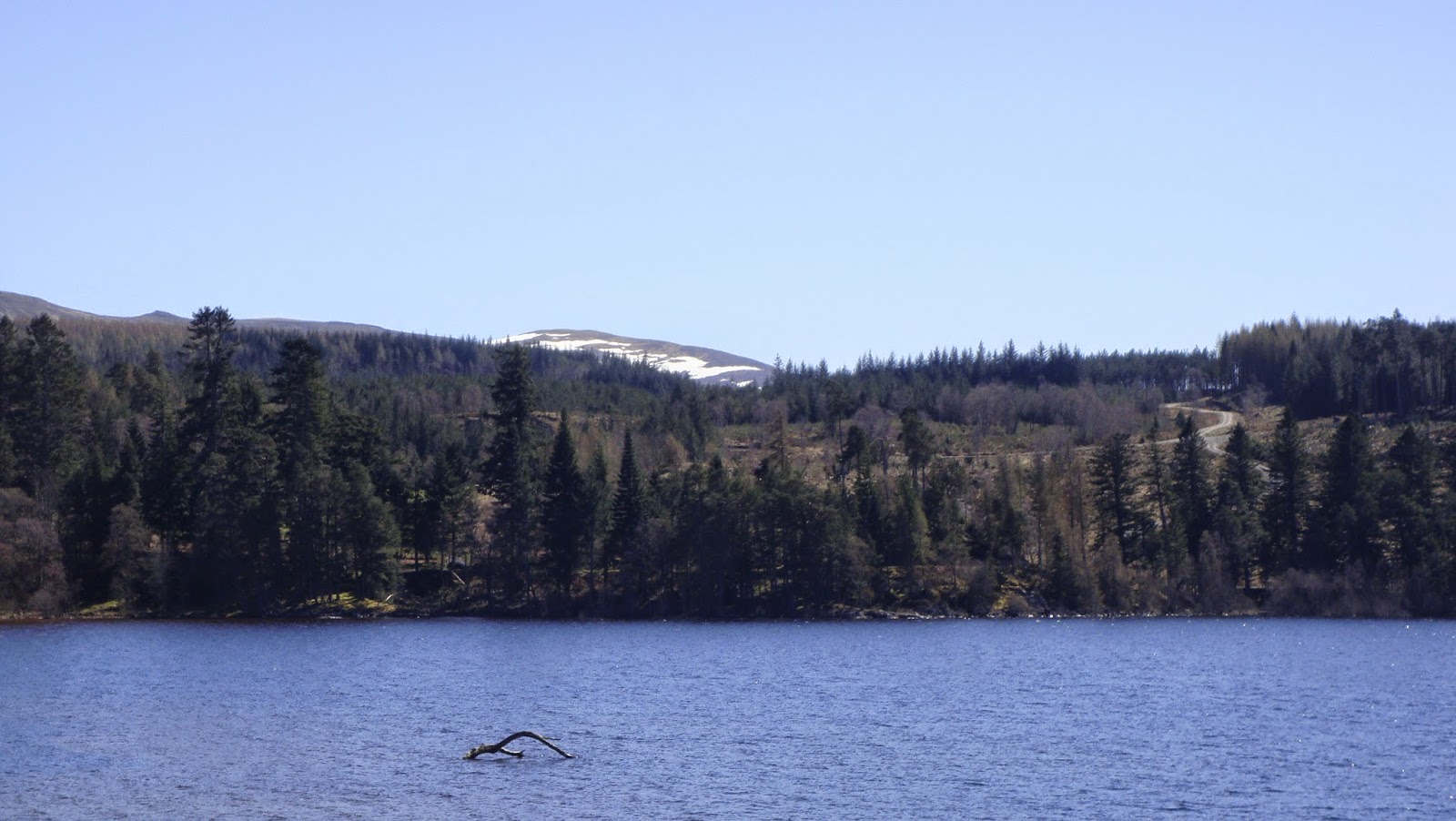 If you click on the photos you'll get the bigger resolution. :)


There was a beach across the loch. 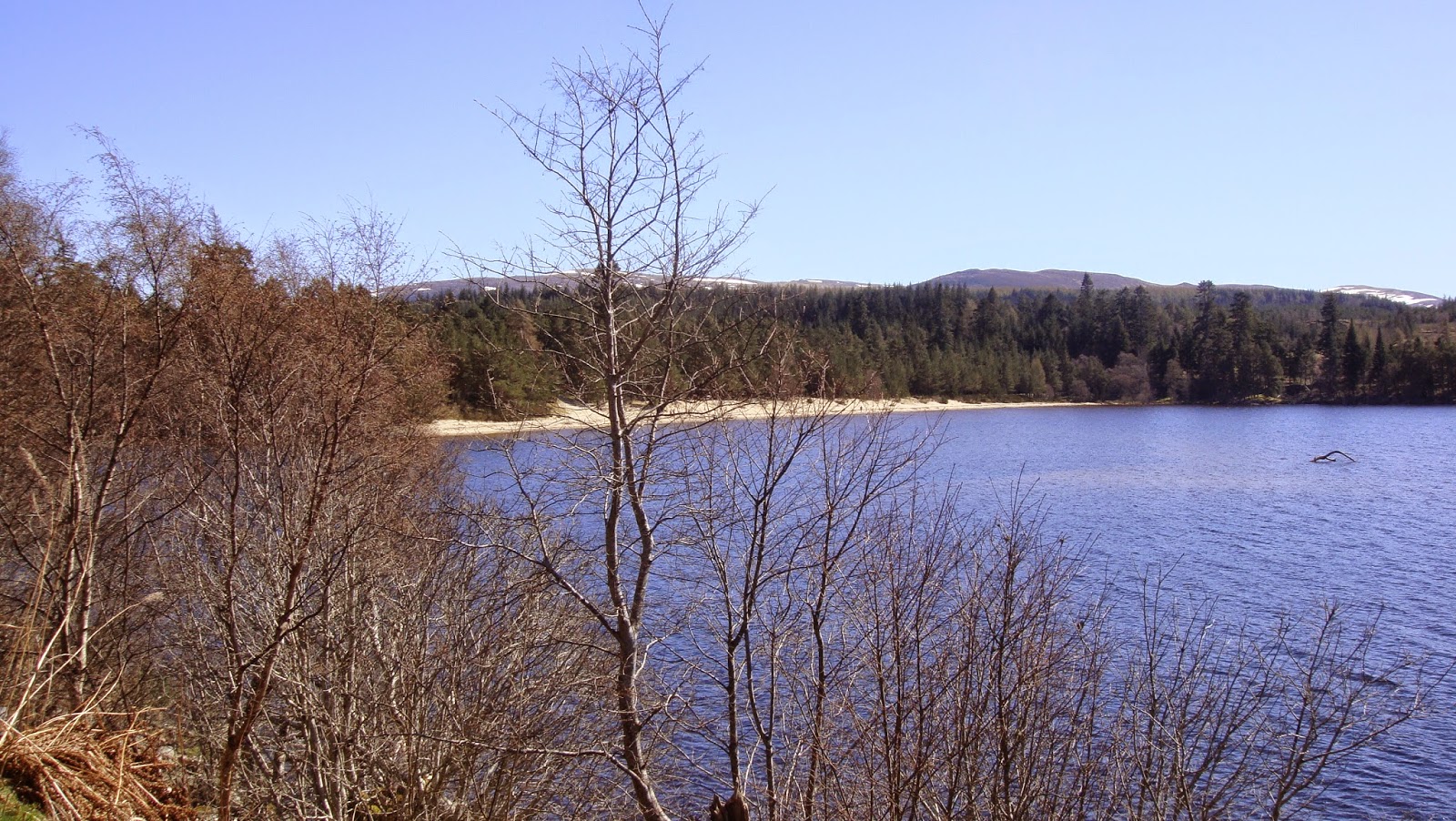 I took a close up zoom photo, as well. 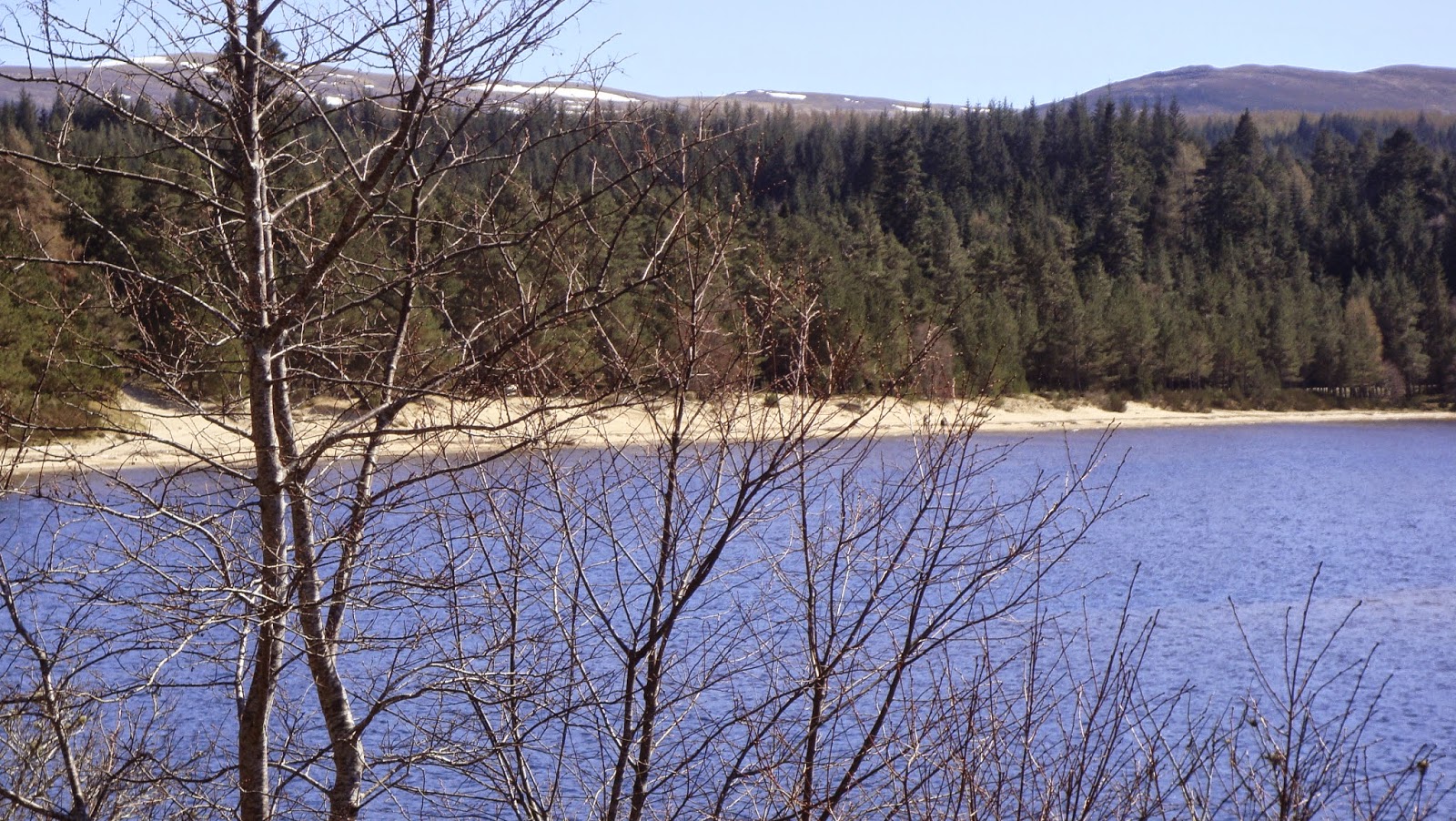 Here's another view towards Ardverikie Estate. The house is on the far shore, below that mountain. 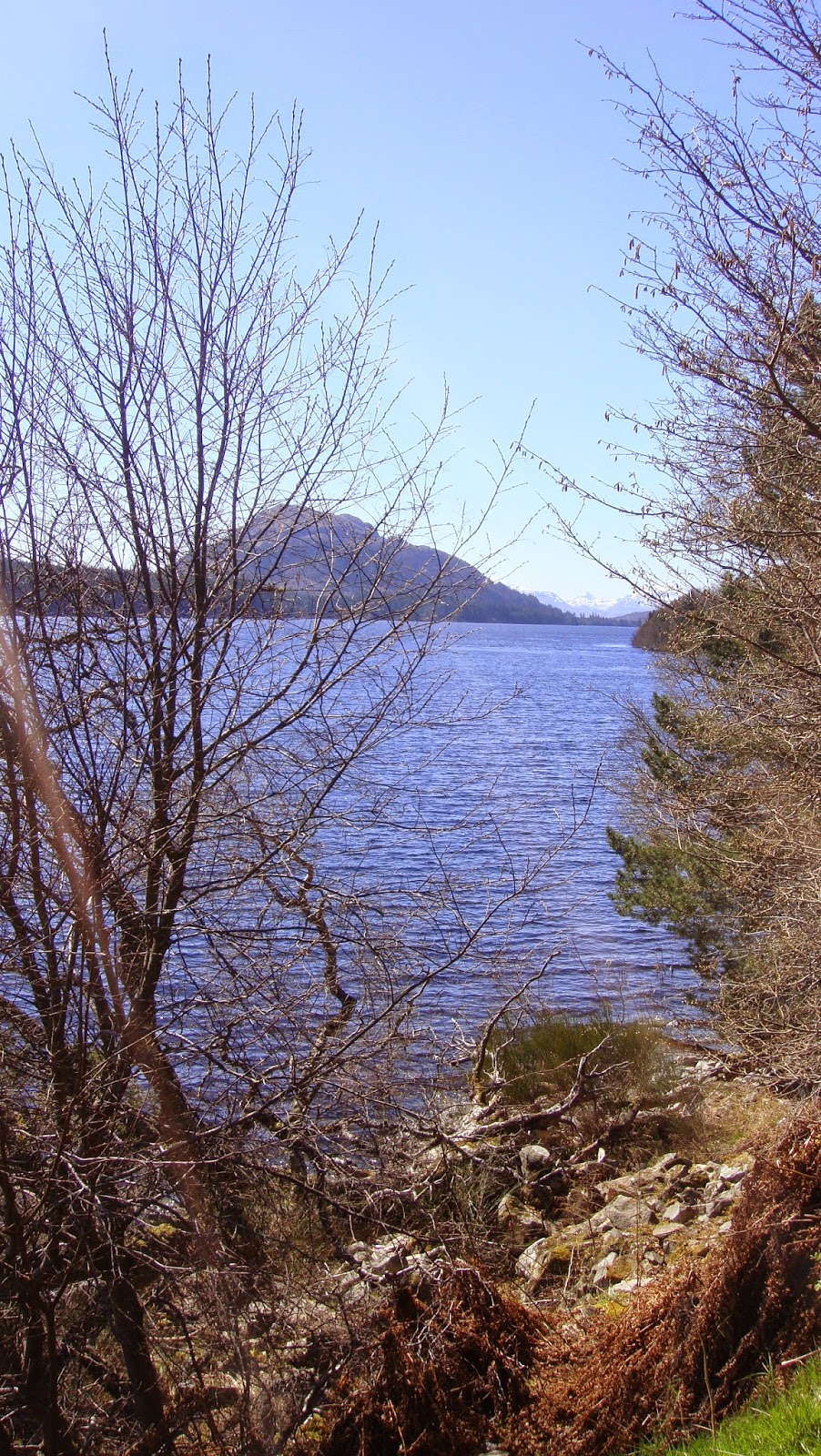 Ardverikie was made famous by the TV show "Monarch of the Glen." Here's a photo of the house, from Wikipedia.

There was still a bit of snow on the mountains. We stopped here, along the Spean river, just above the dam. 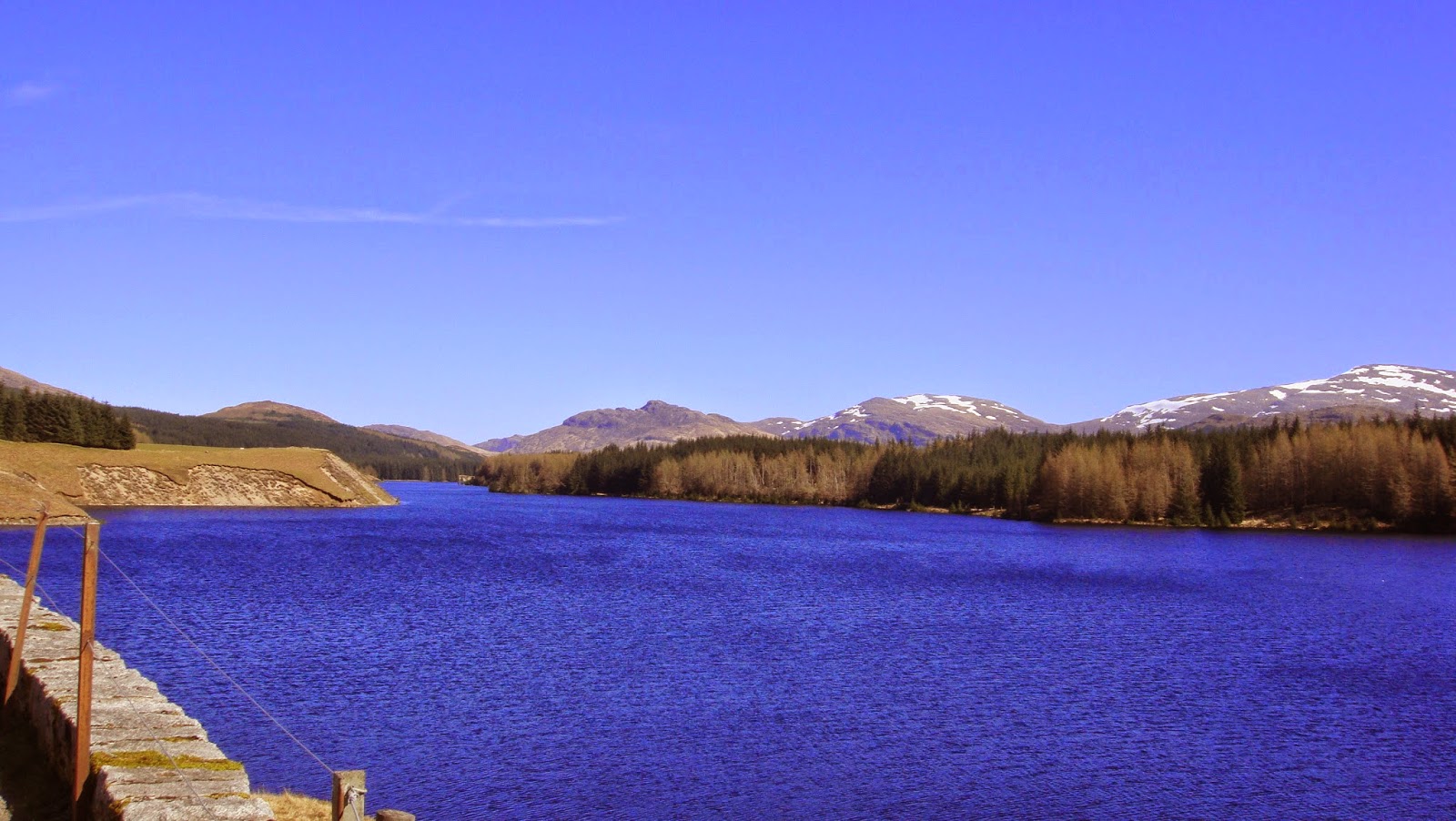 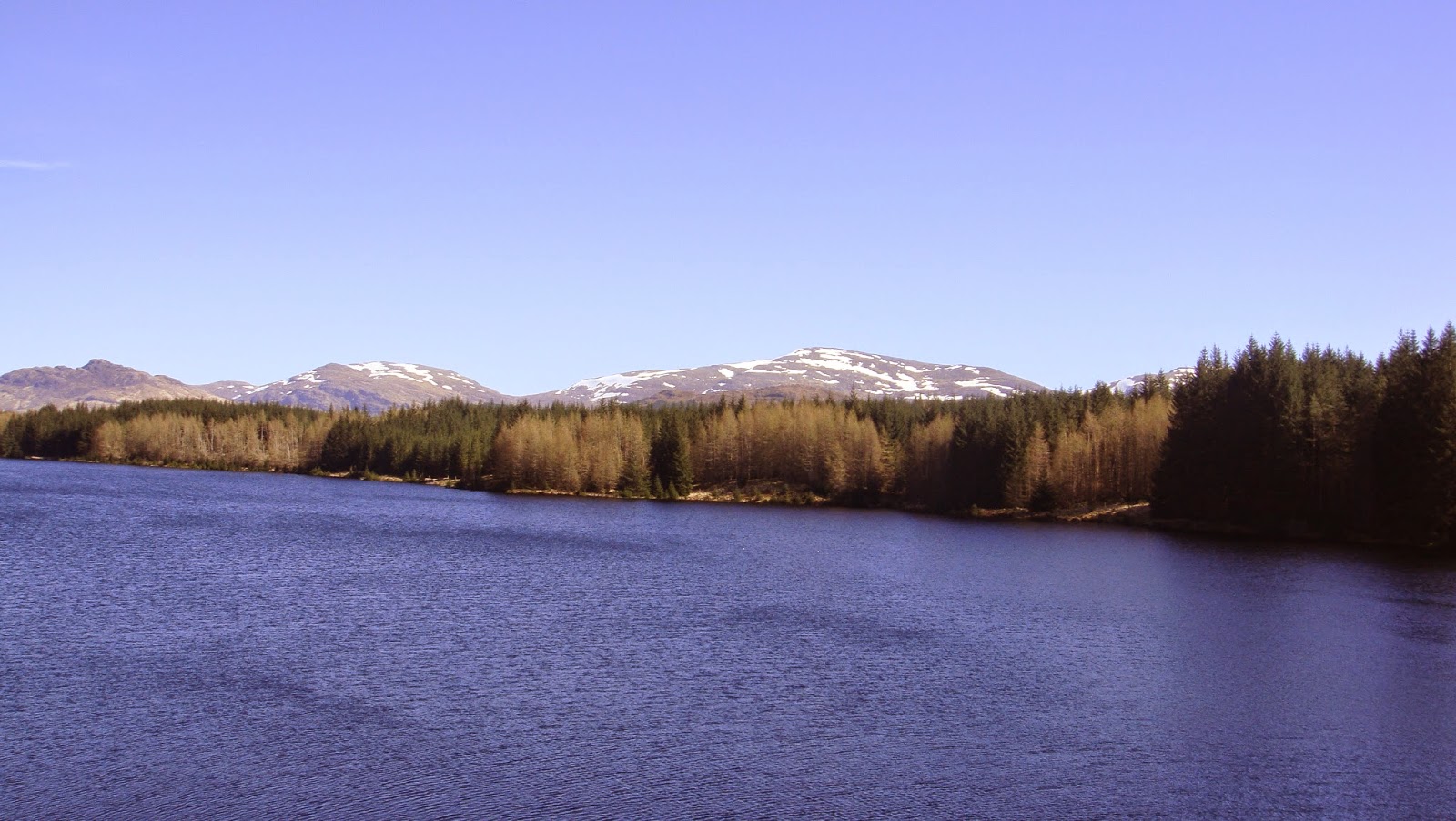 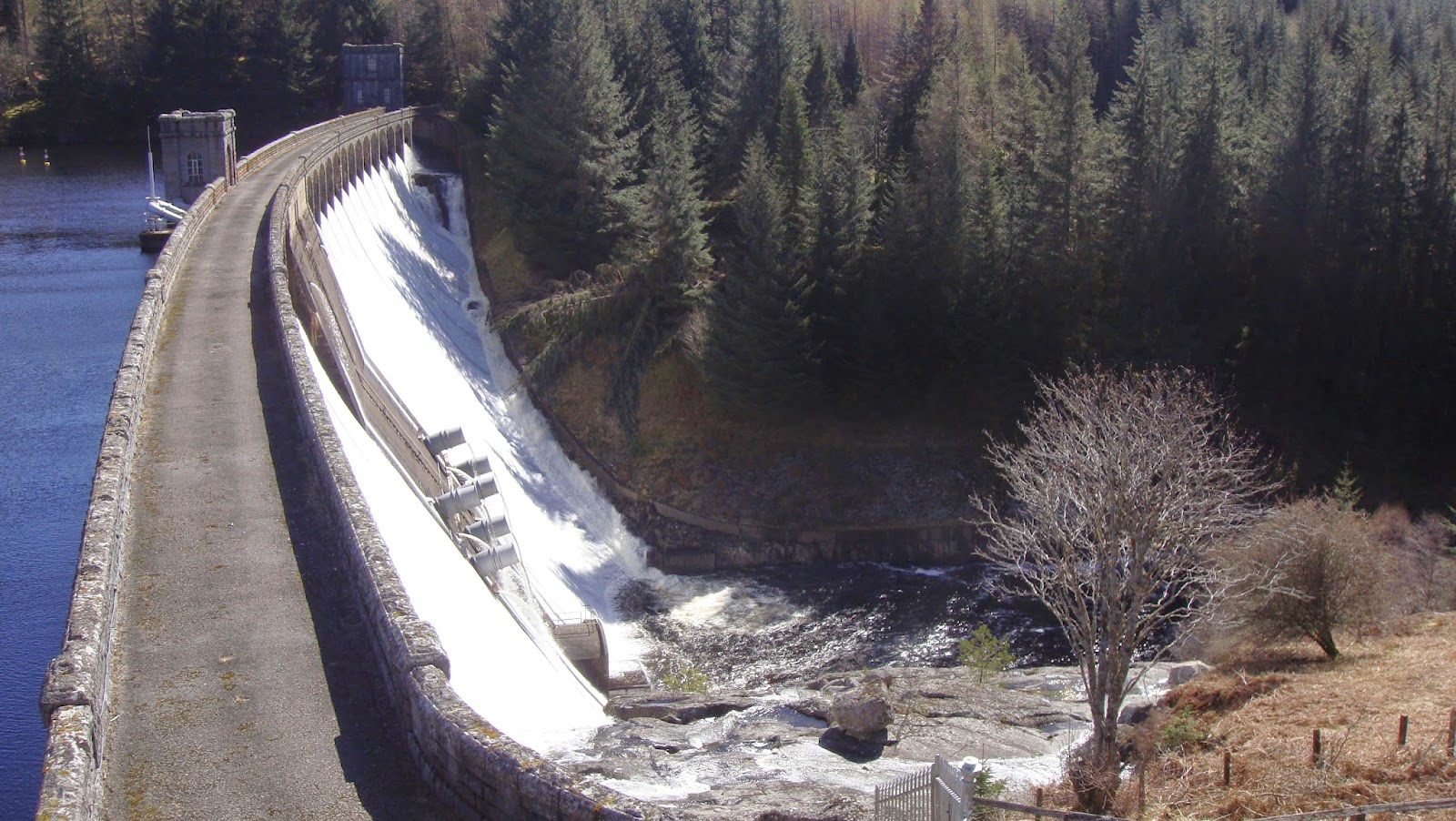 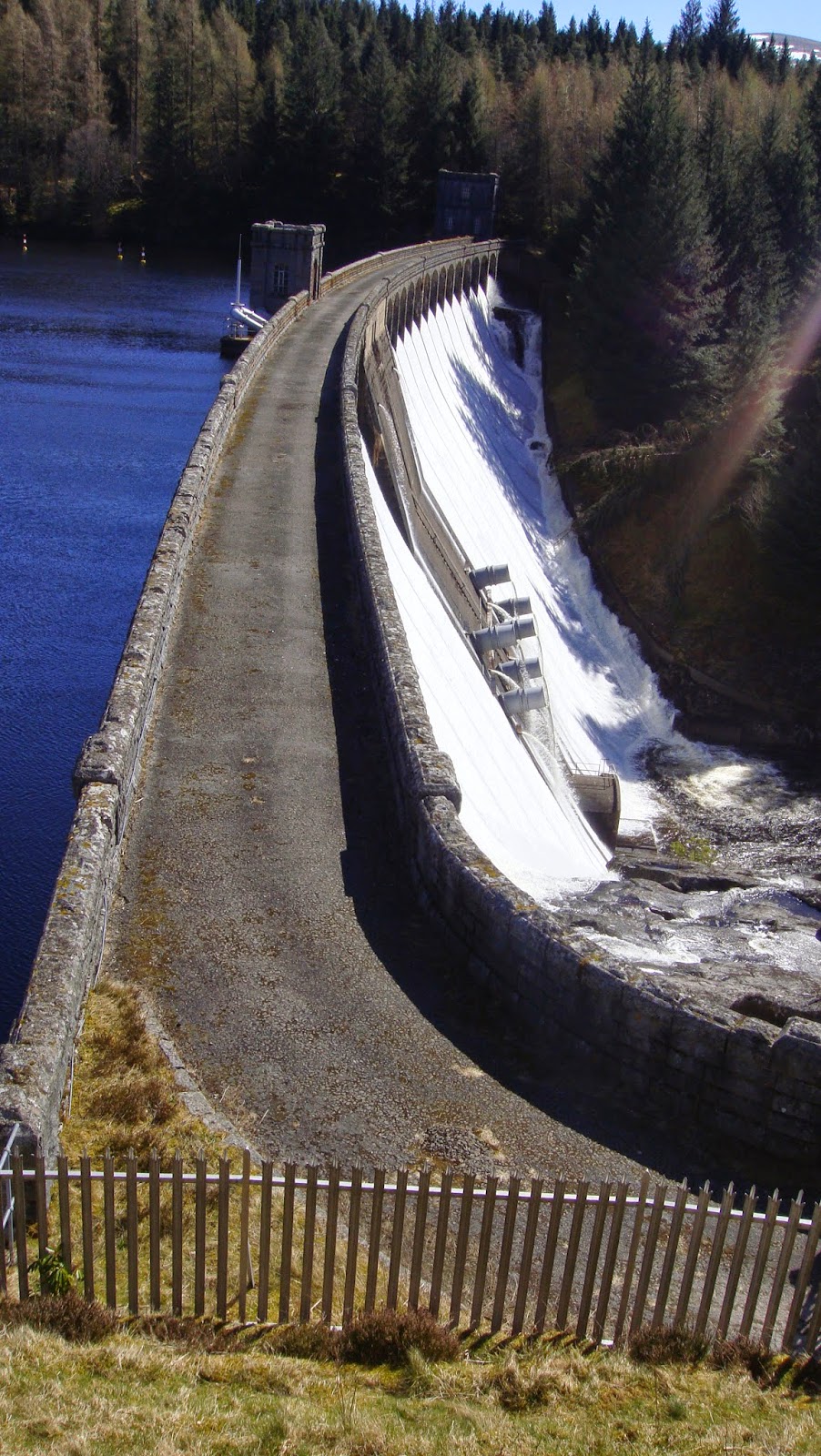 I made the photos into a panorama. :-) You'll need to click on it to view it properly.

glitter-graphics.com
Posted by Michelle at 02:00 No comments:

“Life will break you. Nobody can protect you from that, and living alone won't either, for solitude will also break you with its yearning. You have to love. You have to feel. It is the reason you are here on earth. You are here to risk your heart. You are here to be swallowed up. And when it happens that you are broken, or betrayed, or left, or hurt, or death brushes near, let yourself sit by an apple tree and listen to the apples falling all around you in heaps, wasting their sweetness. Tell yourself you tasted as many as you could.” Posted by Michelle at 02:00 No comments:

I was sent a very funny link today, to a story that could best be summed up as, "Never underestimate small children."

I recommend reading about the Marine who made this mistake!

His story reminded me of my own moment of hilarious horror and all it took was twins and a chessboard. The Twins, surprisingly enough, were keen members of the local library, where I had just begun working at the time. Other librarians went pale when they saw the Twins entering the building, but I'd never had any problems with them myself.

There are children that stand out from the rest and the Twins certainly did that! Cheeky, curious and talkative, this red-haired pair were Dennis the Menace, Bart Simpson and Bugs Bunny all rolled up into small bundles of freckle-faced charm. Oh yes, the twins were cute, that was part of the problem! They were keen on action and mystery stories. They would bring their books to the counter, taking turns in talking and constantly shifting places until your head spun. They were identical in every way... or so I thought.

I was working alone at the library, one autumn lunchtime, when the twins came in. They disappeared into the children's section and were no problem. Everything was quiet. Remarkably quiet. Then slowly the sound of small voices talking became yelling. One of the twins came marching towards the counter. He was so angry he looked fit to burst into flames. He took my hand and hauled me through to where his brother and a friend were standing beside a table with a chess board.

Twin one pointed at his brother and said, "He's CHEATING!"

Twin two yelled back that he was NOT a cheat and began to explain to me why his chess move was legal and permissible. And that was when I made my first big mistake. I smiled. I couldn't help it. The Twins playing chess seemed as unlikely as a barrel of monkeys doing yoga! And that moment of weakness was my downfall. The moment I smiled Twin two accused Twin one of saying he was a cheat because he was losing. Then they both turned to me and demanded justice. Identical angry scowls and outrage.

I tried. I really did, but when they started moving around the small table, each trying to win me over by explaining their case, I lost track of which was Twin one and who was Twin two and I made the worst mistake of all.

And all hell broke loose.

I have no idea which Twin threw the first pawn at his brother, but within seconds it seemed as if the library was full of raging red-haired imps with a never-ending supply of ammunition. When I tried to stop them they forgot their petty differences and joined forces. I was a junior librarian, inexperienced and they knew it. I never stood a chance. I remember a lot of yelling and screaming, some of it mine, and the clack of kings, pawns and bishops bouncing off book spines.

By the time it was over those two small boys had managed to send chess pieces everywhere! The Twins, now the best of friends once again, ran off before I could stop them. It took me hours to find all the chess pieces and tidy up the mess. There were queens wedged behind cookbooks and pawns in potted plants, two overturned chairs and several randomly flung books.

I had it all tidied up before the chief librarian returned from her lunch. She thought it was funny when I told her. She explained that the twins had earned quite a reputation over time. The stories of their naughtiness were legendary. Probably the worst being the time they had been caught taking turns to stand on each other's shoulder, trying and look into the women's toilets at the library. Apparently the screams of the woman who found them could be heard next door in the municipal offices.

I got off lightly in comparison to some of the stunts they'd pulled on other library staff. They were an excellent lesson  in NEVER underestimating small children!

Finally, after 12 years, my poem is in an actual competition. :-) 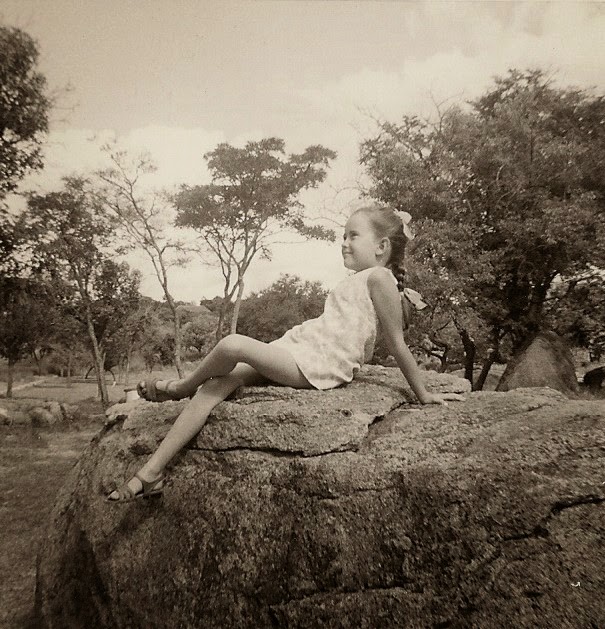 Thoughtful Thursday ~ In the Stars

"When he has evolved to the point where he can feel the rays of Uranus, the passion of Mars gradually turns to compassion; there the love of Venus which is only for one particular person, becomes all inclusive so that it embraces all humankind regardless of sex or any other distinction, for it is the divine love of soul for soul which is above all material considerations of whatever nature."

The Message of the Stars ~ Max and Augusta Heindel 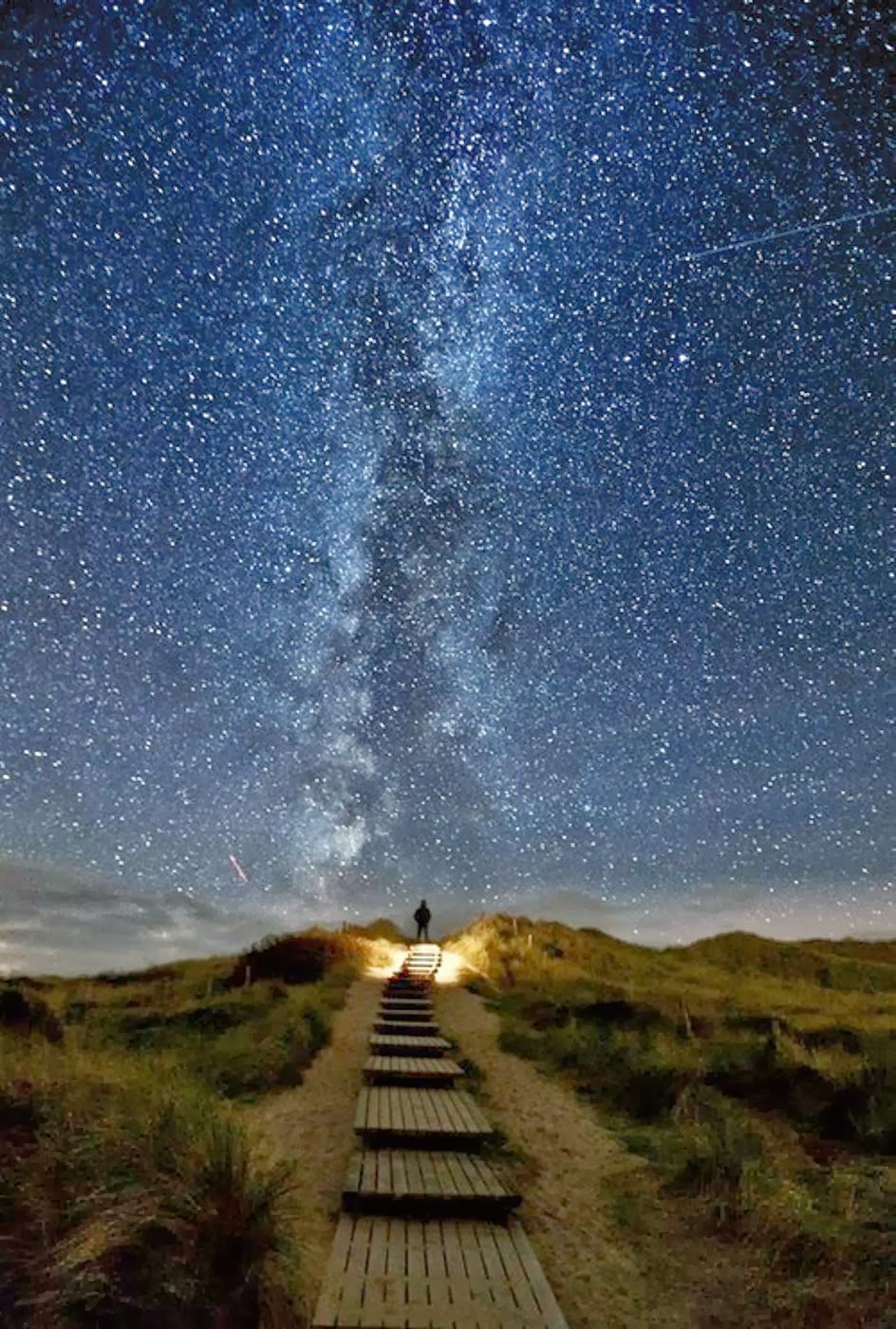 April birthstone is Diamond.
Birth flower is Daisy or Sweet Pea.
The zodiac signs for April are Aries and Taurus.