There was a mountain of laundry and household cleaning that had built up over the month we spent mostly in hospitals as well as a backload of other everyday stuff to get sorted. Life is not yet completely back to normal, but we are slowly starting to get our lives back into some kind of order.

The photos I took in Aberdeen never came out - the camera I took with me was damaged and they are all a big blur. Somehow that fits the entire feeling of the last two months - a big blur! 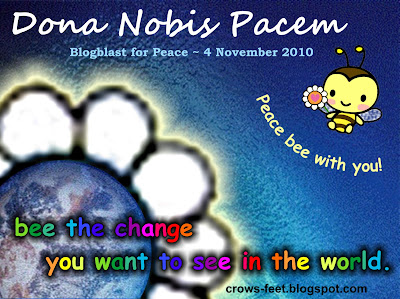 
First of all - thank you for all the prayers, get well wishes, messages, emails, etc. At this stage my Dad is serious, but stable. Now for the details.

On the morning of Friday, Sept 24th the hospital phoned us to say dad was being sent to Aberdeen. Aberdeen infirmary is one of the best hospitals dealing with respiratory issues in Scotland. We followed right away (2 hour drive) and then returned home to sort out what to do next. (that was also the day my computer decided to crash. Thankfully hubby was able to reinstall and restore today and I'm finally back online) We were very lucky to find a holiday cottage on the outskirts of Aberdeen that was open for bookings. A bit rural (no phone and not much of a road either), but way closer than commuting from home every day.
So early on on Saturday 25th we packed up and moved out to Aberdeen where we've been ever since - got back last night. The last two weeks have been surreal. In Aberdeen dad was put straight into ITU (Intensive Treatment Unit). Very impressive, but also very scary and depressing as this is the unit that deals with accident victims and severe cases. (two fellow patients died while dad was in there) Each bed has a nurse that stands at the bedside 24/7. Dad had so many tubes and wires and machines we could hardly see him. He also had a feeding tube inserted as he was too weak to breathe and eat at that stage.
The nurses were incredible, but it was a really horrible time. With every tiny change we went from hope to terror. The doctor dealing with dad took us aside to say that they had discovered that dad's lungs were severely damaged. They had no idea why and no idea what had caused the pneumonia either. He told us he was putting dad on steroids and within 72 hours he'd either be showing signs of improvement or we should start preparing for the worst. That night was dreadful.

The next day they were able to lower dad's oxygen levels and he was able to talk and sip fruit juice and had his nurse giggling constantly at his teasing/jokes. We started to hope again. Dad was moved up to the respiratory ward. His new doctor there was totally brilliant. He told dad he's an optimist and he put dad on two new medications straight away - extra strong steroids and a new drug from Germany.
From that Tuesday till now dad has slowly, but consistently, improved. He's gone from the high oxygen mask (horrible thing with multiple straps and tubes) to a regular mask and they've been cutting his oxygen from 90% to yesterday when it was 35%. His feeding tube came out accidentally during the first night and dad refused to let them put it back. He's been on high protein drinks and regular food since then and doing great. The last time they X rayed his lungs (about 3 days ago) they were still showing severe damage, but also small areas of positive improvement. We keep hoping! They still have no idea what he has or why his lungs are so badly damaged. We may never know.
Yesterday our booking at the cottage ran out and we had been plotting what we could do next when the news came through that dad was to be moved back to our county hospital today. I'll be phoning this afternoon to find out more. We've come home to three weeks of laundry and a house that looks like a bomb hit it. We're all totally tired out, but so grateful that he's making consistent progress. We're also glad he's back only 8 miles from home, as that will be so much easier than the last two weeks have been and I was getting worried as my mom is due to go in for surgery within the next month or two also. To have them in different hospitals in different cities at the same time would really have been too much.
We're all hoping that dad will be home for his birthday (Oct 31st). That would be the best birthday gift ever... definitely all treats and no tricks! 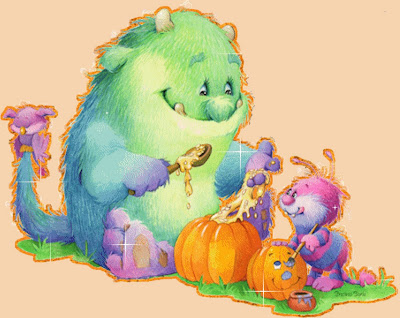 I took loads of photos of Aberdeen and the countryside and will get them up on my blog once life returns to some kind of normal. (No idea when that will be)
...
Posted by Michelle at 14:10 7 comments: