I wrote this several years ago, but decided to post it again for friends and family. 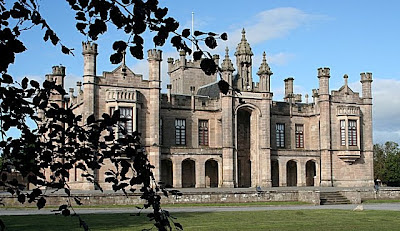 © Copyright Ann Harrison and licensed for reuse under this Creative Commons Licence.


This gorgeous neo-Gothic building is a school in the Morayshire town of Fochabers; we pass on our way to Aberdeen. I love it because it looks like a place Harry Potter might have gone to school. I decided to look up more about the place and what I found has led me on a most amazing (and very moving) journey through three continents and my childhood memories. I hope you enjoy this remarkable adventure as much as I have.

The school is the Milne Institute; it was built by a man named Alexander Milne who was born in Fochabers in 1742. He worked at Gordon Castle (on the edge of town) until he had a disagreement with the Duke of Gordon. It seems that the Duke wanted Alexander to tidy up his unruly red hair and Alexander, being a thrawn Scot, took such offense to this command that he quit his job... and sailed off to the Americas. Alexander made a fortune brick-making in New Orleans. When he died, he left instructions for lots of good works, including the "Milne Asylums" for orphaned boys and girls to be built in Milneburg, New Orleans... and the "Milne Institute"free school for all the children of his home town of Fochabers.

To most people that won't mean much, but to any Rhodesian it means a LOT. Allan Wilson's story was one I learnt about in school history, but I never knew he was born right on my "doorstep"  until I found him listed as a "famous Fochaberian" and read that he had been a student at the Milne's Institute school.

The Famous Fochaberians site says this: 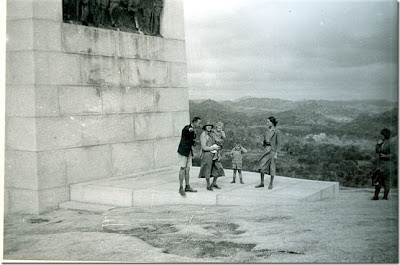 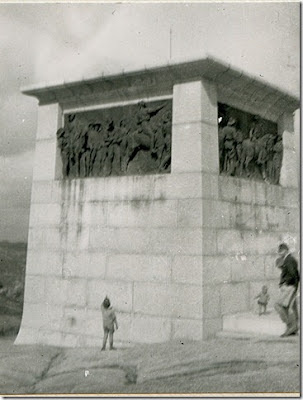 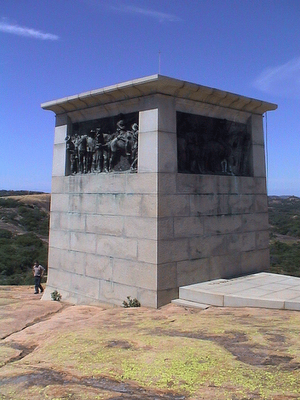 
I feel near tears writing this, as I did this past Mothering Sunday, when we took a drive out to another memorial site to Allan Wilson that I suspect very few Rhodesians know about. The people of Fochabers placed two standing stones in a memorial garden in 2002, to commemorate all the brave, remarkable people born in their town. So we went there to take a look... 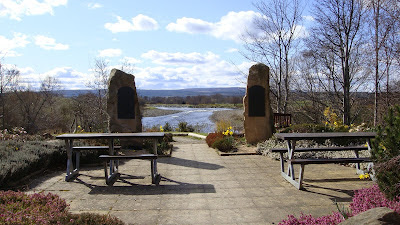 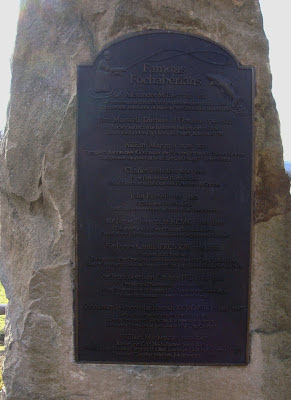 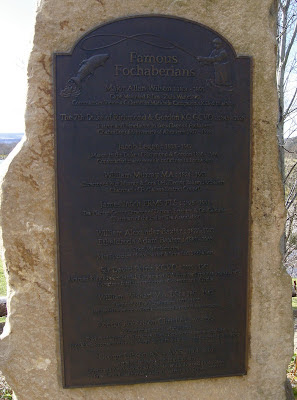 We took photos, shed a few tears, and stood in awe that we'd come a full circle in such a story; so wonderfully complex, this journey of lives and deaths...

Another stone memorial, another stunning view.

It's a long walk up to that burial site on the Motopos hills. As a child I remember hating the walk in the searing African sun, but once you were up there... oh what a view! I'd turn in a circle and feel like an eagle, flying free.

Did Allan Wilson's spirit fly free and return to his own home on the River Spey? 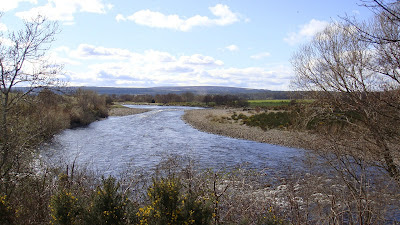