I know I've been very quiet lately.It's partly because winter is a quiet time, but also partly because I am FINALLY writing that second book. The sequel to FIRST LIGHT.

I say "FINALLY" because the first four attempts were all scuttled by unexpected things - my dad went into hospital, then my mum-in-law died, then my computer went a bit crazy and lost half its brain and then I lost the use of my hands for almost a year.

I was beginning to feel a bit jinxed with that book! Then a friends said, "Maybe you can't get to write it yet because the timing is wrong." and I relaxed and stopped fretting.

I'm happy to say that the timing seems to be right - I'm up to chapter six so far and it feels good. :)
But it does mean that I have a new reason for missing out on writing, and reading, blogs.I'll try to rectify that, when I can, but at the moment - the book comes first!


One of my favourite songs sung by a rising star...
Posted by Michelle at 09:37 No comments: 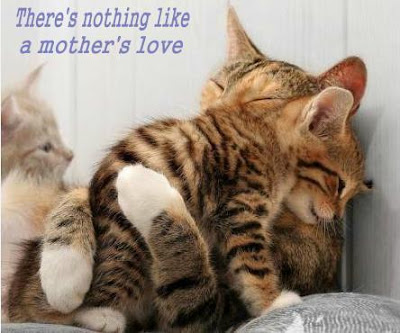 I don't normally get involved in politics on my blog, but today a news headline caught my attention. It was this...

Really? What on earth could anyone have against stay at home mothers! I went to read, to see what the fuss was about...

'David Cameron has been accused of a slur on stay-at-home mothers after Downing Street suggested that they will be excluded from receiving child care support because they do not want to “work hard and get on”.

When asked if Mr Cameron believed that stay-at-home parents were less in need of state help than working parents, the spokesman would only say that the Prime Minister wanted to support “aspiration”.'

I'm not going to get into the complexities of finance, benefits and taxation. What bothers me way more is the idea that a woman who chooses to stay home to raise her own children is not working hard! I wonder... does this mean we should stop paying nannies and nursery schools? After all, they're doing exactly the same thing as stay at home moms so clearly they must be a bunch of slackers, sitting about without "aspirations", as well! 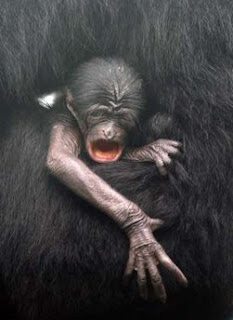 Did you know that one of the ways scientists gauge the intelligence of animals is by how long the babies stay with their mothers? The smarter the species, and more complex the animal's society, the longer it needs to hang out with its mum in order to learn all the things it needs to know to socially interact.

So we understand the vital need for a good solid long-lasting mom-baby bond in intelligent animals and yet we don't think we need it for human children? That's beyond stupid!

And the facts support the science. Journalist/novelist Cristina Odone wrote about it last week in Motherhood, The Career that Dare not Speak its Name. She quotes Jonas Himmelstrand's article, Universal daycare leaves Sweden’s children less educated.  Here's a quote from that article:

'A full 92% of all children aged 18 months to five years are in daycare.

Then there are the questions about the social toll Sweden’s childcare system is taking. Sweden has offered a comprehensive daycare system since 1975; since the early ‘90s, negative outcomes for children and adolescents are on the rise in areas of health and behaviour. While direct causation has been difficult to prove, many Swedish health-care professionals point to the lack of parent involvement beyond the first 16 months as a primary contributing factor. Psychosomatic disorders and mild psychological problems are escalating among Swedish youth at a faster rate than in any of 11 comparable European countries. Such disorders have tripled among girls over the last 25 years. Education outcomes in Swedish schools have fallen from the top position 30 years ago, to merely average amongst OECD nations today. Behaviour problems in Swedish classrooms are among the worst in Europe.'

I'm not surprised, I'm just surprised that anyone intelligent didn't see this as the obvious result! Whether it's a dad or a mom who chooses to stay home, there's no way any stranger can match the level of care a love bond offers.


It is truly, in every sense of the word, pathetic.

Austin's got an amazing talent. Lovely voice and a lovely song. I signed up just to vote. I hope he wins! :)