I just received a completely unexpected email that has made my day... heck, my month!

"We have created a range of the top Scotland websites that we think are fantastic resources for those who hope to make the most of their trip to the Scottish Regions, and offer their help to fantastic courses. As an interesting and useful site, we have commended your website to our visitors and you can see your website listed at the following link:

Millions of visitors a year use Tripbase for travel tips and inspirational vacation ideas. Tripbase eliminates the time-consuming and frustrating online search process by providing travelers with personalized travel recommendations for those who may be looking to truly have a fantastic trip while helping many amazing courses."

You can see their award below my world clock. :-)

I've been to have a look at the tripbase website and can really recommend browsing their links.

...
On Friday I looked out the back window and thought, "What is that? There's something odd on the grass, just left of the paving." :-\ 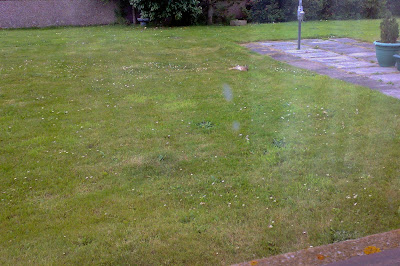 ...so I went to another window for a different angle and realised it was Flopsy doing what he does best - flopping down to snooze! You can see his sibling, Cottontail (who is always more perky and active) sitting washing his face in the top left corner of this photo. 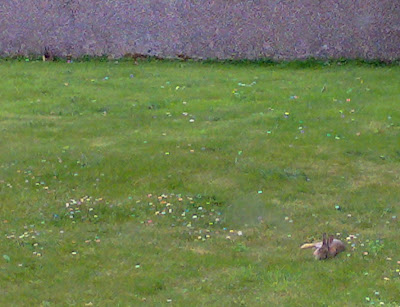 Here's another angle of Flopsy's flop... 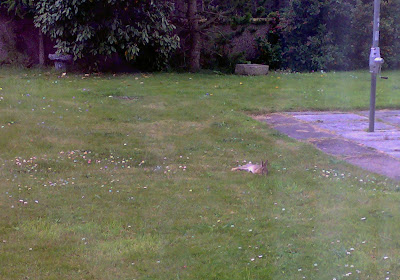 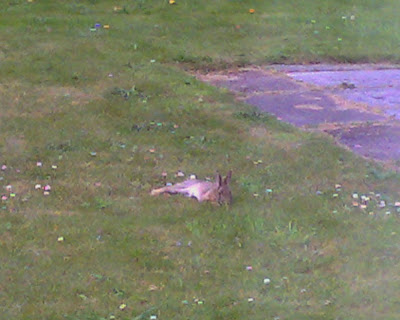 Sons of the Bun

...
For over two years a rabbit has been visiting our garden. He started out as an inquisitive tiny bundle of bunny bravado that grew... and grew to become 'Bunny Boy' - the rabbit I've blogged so much about.

Every Winter he vanishes to return every Spring, but this Spring was different... this year he returned with two tiny babies following him. Bun Boy has become Bun Dad. :-) Since then he's been in the garden less and less. I'm gathering 'domestic life' keeps him too busy to sleep under barbecues or snooze by the bird bath anymore. His children have taken over the garden and kept us wonderfully entertained, but they've been hard to photograph. Tiny fluff balls don't make great photos.

I've learnt that baby buns love to play and chase each other. I've also seen the sweeter side of siblings - they groom each other and love to sleep in a bunny puddle. The one is slightly bigger than the other. The bigger sibling loves to fling himself out on the grass and snooze. The littler guy is more cheeky and likes to play tag and leap. I've named them after Peter Rabbit's siblings - Flopsy and Cottontail. :-) 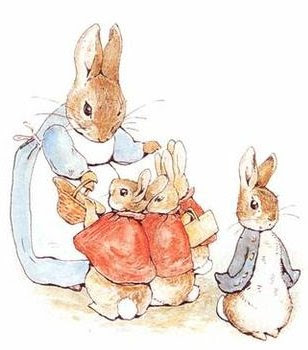 Now that they are getting bigger I've been able to take some better photos. This first one is the oldest, from the end of May. You can see Flopsy left on the paving and tiny Cottontail is on the right just in front of the dark bush... eating daisies. Click on the photo for a bigger version. 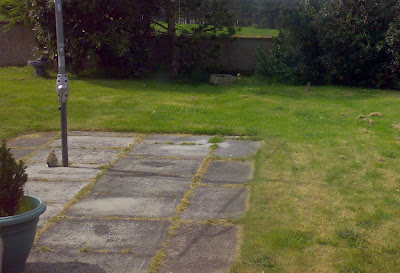 The next three were taken out the dining window. They have no fear of our family, but are afraid of strangers walking by. No idea who is who here. LOL 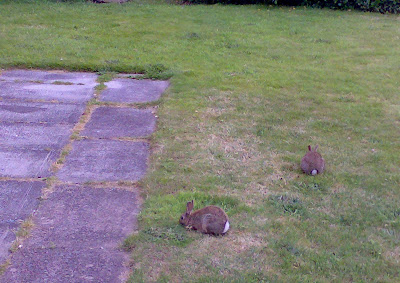 I'd love to know which weeds are their favourites. They don't eat the grass - they dig down for some particular plant they really love. 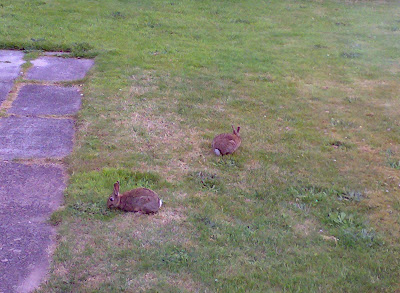 This photo was taken right by the window. I had to place the camera right against the glass. In this one you can see that Cottontail (left) is smaller than Flopsy. :-) Cottontail also likes to sit on the garden wall! He's a cheeky one, just like his dad. 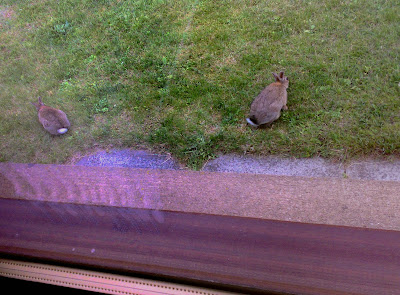 Song for the Weekend - I am Who I am

Why when you dream
do you see me as something I’m not
Why don’t you wake up
and see all the good things you’ve got
A heart isn’t made out of clay
Not something you shape with your hands,
understand

Is the reason you ask me to change
so that you stay the same?
Well I’m sorry if I keep disappointing you
again and again, but

...
A lovely evocative movie made by Andy of the Blackbus.
Traditional Gaelic song sung by Catriona Watt.

Definition: Worth, desirability or utility.


I was looking at a friend's photo on Facebook this morning. He's one of three friends I have out there job hunting at the moment, thanks to recession job losses. I know all three of them are struggling to find a new job and yet I also know that all three of them are awesome people who make this planet a better place simply for being here.

Last month another friend took his life. His reasons were complex and probably never known completely, but I do know his new self-employment was limping along and he felt trapped by lack of money... lack of hope.

My husband also went self-employed after he was retrenched. He's also pretty much limping along. I know he's good at what he does and the folk who do hire him are equally impressed, but they're just too few and too far between. I know he's feeling fairly worthless lately.

The last few months I've been browsing the job sites looking at what's out there, which is pretty much nothing in our area. I've been looking for myself as well as for my husband. What I've discovered is that I'm of absolute no value whatsoever. I have qualifications (art) that I've never been employed doing and work experience (library) that I have no qualifications for. Add to that the fact I've never worked in an office, never worked in retail, don't have my own transport and my haphazard health issues... I'm as likely to get a job as be hit by a comet!

I have never felt of less value than I have the last few months of looking for a job and the worst part is that I know I'm not the only one. Through Facebook, blogs, emails... there are so many good talented people who feel they have no value.


There's something so wrong about that!


Look through any newspaper and one thing stands out loud and clear - society values the ability to make money above all else. It doesn't matter if you hit your kids, drink and drive, pollute the planet, lie or steal... From politics to pop stars and salesmen to executives the message is clear - we will value and respect you as long as you bring in the money.


And we call ourselves an "intelligent life form"?


Money is an illusion, as our recent world bank fiasco has proven. I prefer to value people for what they do to make this world better for their being here.

I value those who want to make this world a better place - the builders of dreams and the sellers of hope. These are the people who should be the role models of our future generations. I value responsibility, integrity, sincerity, consideration, dedication and kindness. 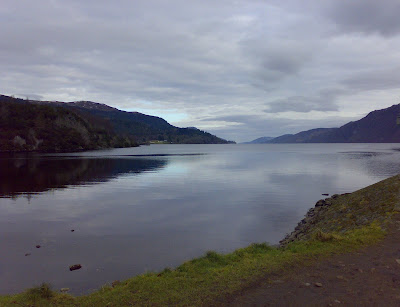 As the rain hides the stars,
as the autumn mist
hides the hills,
as the clouds veil
the blue of the sky, so
the dark happenings of my lot
hide the shining of Thy face from me.
Yet, if I may hold Thy hand in the darkness,
it is enough, since I know,
that though I may stumble in my going,
Thou dost not fall... 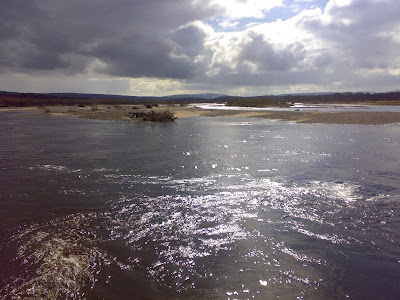 There are no words to express the sense of loss and regret. He was a brilliant writer and more than that... he was someone I came to love.

In this stupid world, where we judge value by money, too many people never realise how much they are valued for simply being themselves.

You are always more value than you realise.

When the night shows
the signals grow on radios
All the strange things
they come and go, as early warnings
Stranded starfish have no place to hide
still waiting for the swollen Easter tide
There's no point in direction we cannot
even choose a side.

I took the old track
the hollow shoulder, across the waters
On the tall cliffs
they were getting older, sons and daughters
The jaded underworld was riding high
Waves of steel hurled metal at the sky
and as the nail sunk in the cloud, the rain
was warm and soaked the crowd.

Lord, here comes the flood
We'll say goodbye to flesh and blood
If again the seas are silent
in any still alive
It'll be those who gave their island to survive
Drink up, dreamers, you're running dry.

When the flood calls
You have no home, you have no walls
In the thunder crash
You're a thousand minds, within a flash
Don't be afraid to cry at what you see
The actors gone, there's only you and me
And if we break before the dawn, they'll
use up what we used to be.

Lord, here comes the flood
We'll say goodbye to flesh and blood
If again the seas are silent
in any still alive
It'll be those who gave their island to survive
Drink up, dreamers, you're running dry.
...
Posted by Michelle at 11:58 7 comments: