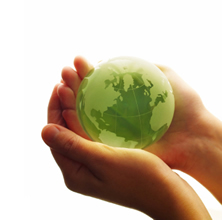 glitter-graphics.com
This morning, browsing blogs led me on a journey that turned out to be a circle... or a spiral. I started off chasing windmills and became one instead.

It started when I read Ann's tribute to the tragic student massacre in Canada, 20 years ago. The Canadian Massacre story led me to finding a very interesting new blog - The League of Ordinary Gentlemen. That led me to popping into Facebook, to share the links with a friend of mine there who runs the Canadian White Poppy group. Searching through my groups reminded me of several I hadn't looked at in ages, including my own. That led me to some more browsing where I wandered off Stephen Fry's Facebook page onto his blog.

There I watched a video about twitter and the phenomenon of social media, found a forgotten favourite author (Oscar Wilde) and remembered something startling. I first made contact with my Spirit Guide while watching Stephen Fry on TV. I wonder what he'd make of the fact his TV show on searching for his ancestral roots was the catalyst that led me to discovering the elephant in my head was Jewish? My mind boggles! From there I went on to wish three people Merry Christmas and dash of a belated Happy Birthday to Mimi, the Queen of Blog blast for Peace. That in turn reminded me of other birthdays I'd forgotten so... back to Facebook where I found another friend (Stephen) had left a petition waiting for me. I went to sign the petition ... what do I find at the end? One of those who is in support of it is... Stephen Fry. Weird Windmills!

...and none of it would have been possible without the Internet - this world of words.

Which was when something else struck me - isn't it interesting how the WORLD becomes a WORD once you remove the "L"? My browsing has been equally interconnected today. It's all spirals and synchronicities, connections and re-connections. I haven't a clue what it means, but it feels nice. :-) 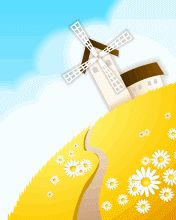 Life and the world are so interconnected. i love Stephen Fry and Oscar Wilde.

I've been a Stephen Fry fan for ever so long. :o)

Very interesting concept you have with the word and world. I missed you and your blog, Michelle!

I feel like an idiot since I never heard of Stephen Fry. By the way, I looked him up, and he is a big deal on Twitter, something I abhor. And he is JEWISH (but not sure if he cares).

I can definitely identify with the spiral effect that blogging can have on you. Depending on which end you start with, you never can tell where your emotions will be until you land back on earth. You are a very generous blogger Michelle. Always sharing some of your favourite and thought provoking links with the rest of us. I'm kind of getting a drift that you are starting to feel a little bit better. I hope so at any rate. Great post.

That pic of the woman with the elephant is so amazing. I wonder if it is real. It makes it seem like they are lovers in a very spiritual way. I think picking good pictures for blogs is part of the blog experience. It is one area which I do not do well.

I love the weird and wonderful conection moments. :-)

Betty
I never knew that! :o) another connection.

Hi Derik
Oh gosh, interesting choice. I always loved his short/children's stories. I had the Little Prince as a big picture book as a child, but the one with the giant was my favourite. They're all so sad and beautiful.

Jeff!
You're back. :-) I've missed you too. How are you? I also thought about how "the word" was in the beginning and that seemed to fit into the whole spiral thing too.

Join the club - I'd never heard of him in Africa either. It's only been since I've been exposed to British TV here that I've learnt about so many talented interesting people I never even knew existed.

The elephant and girl photo is beautiful, isn't it? When I started blogging I rarely put up photos or pictures, but I've since realised they do add to the posts. I get a lot of my stuff from glittergraphics. I do a search using key words from my blog post (in this case "elephant").

Hi Bogey
Thank you for calling me a generous blogger. I try to be worth reading. :-)

It feels nice indeed. I wouldn't have made it (moving to Finland and leaving everything behind) without my internet friends, esp. my blogger friends. :-)))

Michelle isn't it amazing all the places you can go on the internet! You never know where you will end up once you start out. :D

I loved the dancing bird you sent to me, by the way. I may put it on my blog. That bird really made me laugh! Thanks!

Isn't it fun when you are searching for something on the internet and you stumble upon something that brings one a fond memory or a long lost nudge.

PS I like your Christmas Picture with the twinkling snow and lights on the Christmas Tree.

Hi, Michelle,
I would love to add you as a friend on Facebook. I joined this past summer. From your post, it sounds like you've been busy.

I truly hope you have a wonderful Christmas season.
Cordially, Vince

Some internet browsing days are a great adventure. I love those days. :-)

Glad you enjoyed the dancing bird. He was so cute.

The stumbled upon gems on the internet are the best fun, I think. Real magic momements.

I'm glad you like my "decorations" Thank you. I wanted the place to look happy for Christmas. :-)

Vince, I'm rarely on Facebook, so don't get too excited there. I hate the place. If you don't see me blogging I can guarantee you won't see me on Facebook! But if you're really keen in watching nothing (LOL) email me.

I hope you have a wonderful Christmas with your family too. :-)