...
Today is a special day for many people - a day we remember all those men and women involved in war. Last year I wrote about its personal significance for my family. This year I thought I'd branch out a little further into personal war remembrances. My mom reminded me of the women in our family who have been involved in war., so this blog post is for them - for Minna and Evie.

Minna and Evie were the great-aunts of my gran and her cousin Sarrell that I mentioned over the weekend. The biggest irony is that, due to family feuds and secrets, the family in South Africa never knew about their family in Europe. When Sarrell was out in the prison camps in Germany and Italy he had no idea two of his Ongley great-aunts were also out in the field of war.

Both sisters were pretty wild and adventurous for their time. Minna Ongley (born 12 October) married an Irishman and proceeded to get very involved in the struggles in Northern Ireland. There are family stories that hint at her and her husband being involved in the smuggling of arms and amunition into Northern Ireland. Later she joined her youngest sister, Evie in France during WWI.

Evie (Evelyn Helen Victoria Ongley, born 4 June) married a British army surgeon. She married young and her restless nature got her into trouble, she had an affair. Worse still - her husband found out. He sued for divorce and took their only child, a son with him. Evie went her own way after that... and what an amazing pathway that turned out to be!

I'm going to quote from a cousin's website as he's researched Evie in depth.

At the outbreak of the 1914-18 war, Evie joined the Women’s Emergency Corps in London and served on eleven committees, before she realised that she would be more use in a different, less over staffed organisation. To this end she joined Le Comite Britannique of the French Red Cross.

Working with the French Red Cross, it became apparent that what was needed by the French Army, were canteens.

In April 1915, with money raised from amongst her friends and also with assistance from her son Evelyn Claude Culling, Evie was able to take a canteen over to France. Initially it was some way back from the lines, at a spot where the walking wounded were sent from the front lines, and near where an ammunition factory had been set up.

Le Comite Britannique of the French Red Cross, were not keen for Eve and her colleagues to go closer to the Front Line and wanted them to stay near Paris, but they ignored this, and following information provided by the Quakers, they got clearance to got the junction at Revigny on the Meuse. This was an important distribution centre for troops going up to the Front, and especially to Verdun.

It was at Revigny that Evie and her colleagues, who included her sister Minna Stafford O’Brien, spent most of the war. Even when under severe bombardment in September and October of 1917, the canteen carried on.

The French recognised the role that Evie had played and honoured her with the Croix de Guerre, in 1919.

After the 1914-18 war, Evie found herself in a state of limbo, until Commandant Goudau who was a member of General Gouraud’s staff asked if she would be interested in running their canteens in Syria where they were now based. With two of her former colleagues she moved to Syria and did that over the next few years.

Evie died during the 1939-45, having written a book about her wartime experiences called “Arms and the Woman” which was published in 1932. 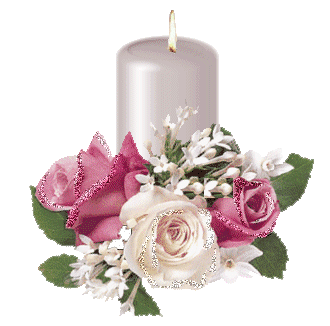 For Minna and Evie - women worth remembering.
...
Posted by Michelle at 09:01

Thanks for sharing your family’s story today.
"We often take for granted the very things that most deserve our gratitude." Cynthia Ozick
Hugs and blessings,

WOW, THANKS for sharing!!! Some people are just so...INSPIRING!!!! KUDOS to both of them!

That's a wonderful post and story you shared for remembrance day. Thanks for visiting my blog and asking if you could share my link with your photography blogging friends. Please feel free to.

Wonderful! Makes me even more interested in Evie. I wonder if there are any remaining copies of her book. That would be fascinating.

WOW! What an incredible story.
Peace.

Thank you Amel and Jeni

Carver
Thank you. :-) I'll be back to check out more of your lovely photos when I can.

Betty
My cousin (3rd cousin, I think) who wrote that about Evie found that there is a copy of her book in a private library. Last I heard he was trying to get permission to scan it. He's promised to send me a copy if/when he gets it done.

This is a really good post for your two great women.

What an amazing family you come from!! Minna & Evie were well before their time! I believe throughout history there are plenty of strong women.
My Mother is a Scottish War Bride :)
War,however is brutal.
Thank you for sharing :)

Thanks for coming over to my blog... It was very interesting reading about your gran's great aunts!! WOW!! What outstanding women they were-- and at a time when things were very different for women! I loved reading this post and would like to find the book if it's still around... I'll have to have a look in Paris... You know all those boucinists sell old books along the banks of the Seine!
I found the postcards on a Google.fr search last night... We were watching a report about WW1 on tv and they showed the post cards... I was very moved by all of the men/women who participated in this war because there were SOOO many casualties and it was such a horrible war-- not that any war is good.. but it made me sad that so many people died... Leesa

That's so awesome and empowering and what a legacy to leave behind! Great story! Oh, to have inherited such brave genes.

That's a pretty great story, I have to say. It's always good to remember those members of society who seek to further the cause of humanity.

I imagine during those days, they must have overcame alot more challenges to acoomplish all that. What great and inspiring women they were!

It sounds like you've got "powerful woman" blood running through your veins.

Thank you for sharing the story of Evie and Minna. So often the women who support the troops and clean up the messes are forgotten. It is good to learn their stories.