...
When I was little I used to eat mud. Actually, according to my mother I ate pretty much anything and everything. - flowers, grass, dog biscuits, but mud was one of my favourites. Later mud would have its revenge, by giving me some of my funniest and most embarrasing clumsy moments.

Kind of a mud-karma thing? 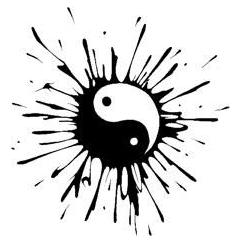 Our School started a project to raise money for charity. It was called the “Cape to Cairo” race. Every class had a map of Africa with the route. The idea was that for every sponsored mile a pupil ran you marked off ten miles on the map. Each student had to run at least five miles. If you didn’t finish the miles by the end of the first two weeks you had to stay back after school and run them under teacher supervision.

Some older kids had a plan to try to get it over with as fast as possible. They figured that if we ran every lunch break, on the sport’s field we could have it done in a few days. Of course we weren’t allowed onto the sport’s field at lunch break, but that didn’t bother the older kids and I went along as well... trying to be cool. The field was to the left of this photo, behind the school swimming pool. 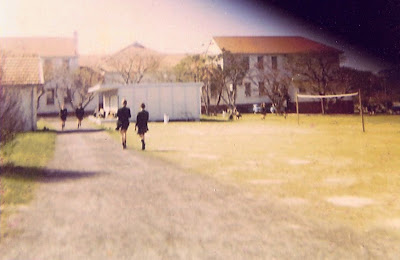 Thinking back I now wonder why we didn’t just lie and say we had run when we hadn’t, but I wasn’t that smart (or devious?) at 12, unfortunately.

The problem was that this was in the middle of a wet African winter. The rain had been pelting down for days and the sport’s field was a squelchy green swamp. At lunch break we sneaked over the back fence and started running around the field. I had almost finished a mile when the bell for end of break rang. Everyone dashed for the fence and in my hurry to turn for home my feet went out from under me.

*SQUELCH*
I fell back flat on the ground right in a huge muddy puddle. I was mud from the back of my head to my heels. Fortunately almost everyone had left by then. A few friends helped me up and pointed out that there was no way I could let any teacher see me without giving the game away. My friends managed to wipe a bit of the mud off my hair and back, but basically I was cold and wet and disgusting.

For the rest of the day I made sure I never turned my back on a teacher. I even managed to take a book up to the front of class and return to my desk walking backwards without the teacher noticing. Of course everyone in the class knew and the stifled sniggering was very clear to me even if our teacher never seemed to notice. So much for cool and invisible!

My second mud moment came a few years later. It was during the summer holidays and a bunch of us had pooled our money to hire a large canoe for the day. There was me, my best friend, her two brothers and their friends which included a guy all the girls in our small town thought was gorgeous. He was a year older than us and had a motorbike AND a leather jacket.

We all had a wonderful time that day. The river ended at the sea and main beach. We stopped in the shallows to buy ice creams at the tea room before heading back up the river. It was a perfect day and I felt I was wonderfully sexy in my new red shorts with little ribbon ties on the sides and matching top.

At the end of the day we took the canoe back to the jetty where we’d rented it. When we’d left it had been easy. Everyone got in, the last person undid the rope and hopped in... and off we went. When we got back it wasn’t so easy. The tide had gone out and no matter how we tried we just couldn’t get close to the jetty. Someone was going to have to get out and wade to the jetty with the rope. Wanting to impress I volunteered loudly. The water was crystal clear and only about a foot deep, so it wasn’t as if I was making a grand gesture.

I hopped over the side.. and vanished. Yes, the water was only a foot deep, but the river bottom that looked so solid was actually a four foot layer of soft slimy mud. I sunk up to my waist in the gooey stuff. My friend’s brothers tried to pull me out, but I was stuck fast. The cool guy managed to jump from the canoe to the jetty (why didn’t he offer this earlier?) and pull the boat in. And me? In the end it took everyone there to pull me out. They were all laughing their heads off by then. I came out with a really loud “SHLOCK” noise. My lovely new outfit was covered in stinky river mud and no one wanted to go near me. Mud Karma once again. :-\

On to mud moment number three... Although this one was more humiliating/funny than embarrassing.

I was the only girl in all the grandchildren of my family. As a result tended to be a tomboy who had to keep up with the boys. It got harder competing with my cousins as we moved into our teens. As kids we’d all been equal, but whilst they all would eventually zoom up to the 6 foot level in their mid teens I barely made it past 5 foot. When I was 16, we all went to the beach for the day. This photo was taken of me with my youngest cousin, about ten minutes before I had my mud moment. 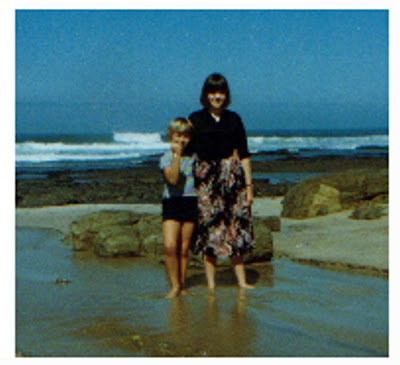 On the way home we decided to do a bit of exploring and instead of following the path back up to the houses we decided to follow a smaller path that ran along a nearby stream to see where it went. It was a great time actually. The stream went on into woods and farmland and there were even little waterfalls along the way. Very pretty.

After a while the path petered out completely and the only way to travel on was to cross the stream. It wasn’t very wide and my tall cousins simply stepped across. My one cousin held out his hand to help me across. Refusing to be “the girl” I ignored his offer and jumped... slap bang into the middle. You guessed it. Once again I was to discover that a foot of sparkly water lay above three foot of soft sticky mud! Short legs just aren’t made for leaping streams. It only took two of them to pull me out this time, but I smelt just as bad as the time before and even after a bath and a change of clothes the smell seemed to hang around me like an aura.

I was about 18 and it was a rainy day. My mom had stopped by the post office to pick up a parcel. The entrance to the little post office was across a semi-circular gravel parking area. I leapt out the car and sprinted inside. No problems, but the queue was long and I was in there for ages. By the time I left it the sun was shining, but I was in a hurry to get home and so I sprinted back to the car again.

I’d slipped in a puddle and the mud-gravel had acted like ball bearings. I’d slipped neatly under the car like a letter in a post box slot. All that was sticking out was my head. An elderly man with a walking stick came over and asked, “Are you alright?” I assured him I was fine whilst wishing the ground would swallow me up. Everyone going in and out of the post office gathered to stare at the talking head sticking out from under a car. My mom hadn’t even seen me vanish and was sitting in the car puzzled at why everyone was talking to the ground beside her car.

I have learnt to respect mud since then and so far I've remained mud free. It has seemed to have worked as the only time I walked through a bog in Scotland I managed to leave the scene with only muddy shoes and socks. That was because this time I had a large Scotsman holding my hand and making sure I didn't slip. 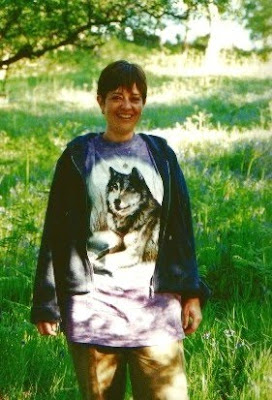 The funny thing is that large Scotsman, my hubby, is as clumsy as I am. He has a long list of crash-bump-fall stories himself. But although we are a disaster seperately together we manage to stop each other from tripping/falling... which is perhaps what a good relationship is all about? Being better together than apart, especially in the muddy moments of life!

:o) Guess you and e.e.cummings wouldn't see things in the same way: "the world is mud-luscious and puddle-wonderful"?

A treasure trove of stories :) I love these glimpses into your world, my friend. I wish my earthier moments were cushioned by mud though. I usually chose gravel, tarmac, concrete, etc. I chose my moments too... usually in front of a crowd *sigh*

I LOVE that last paragraph...and this post, too, though I don't want you to experience those things in this post again. Oh dear...

I can't help smiling when I read about the "shlock", though he he he he...

Funny thing is I'm married to a man who was a puddle baby. He'd sit down in any puddle or water container if left unwatched. His dad had to put mesh over the horse troughs when he was a toddler, because they were convinced he'd drown climbing into them.

Tint
Ouchy. I've not yet done tarmac, but I have done falling UP stairs and fell down stairs head first into a guy's lap as a teen at a disco. Those were bad enough for me! :-P

Amel
Oh yes, the end is the best bit. ;-)
Isn't it nice that sometimes our most embarrassing moments make the best funny stories to share later?

You have no idea how much I enjoyed this! :) One thing, though. Isn't mud the perfect marriage between the elements of water and earth? Think about it! :))

LOL :-))I hadn't thought of that. Wonder what it means when Earth and Water constantly conspire to bring you down to their level? ;-)

Oh yes...I wrote down my embarrassing moments in the article I sent to Finnish Reader's Digest and I guess that was one of the reasons why it was chosen to be published. :-))))

I absolutely love your mud story and illustration :) I think those of us who do have our own "mud" stories are richer for it - as somehow though they are laced with embarrassment, are also humorous and endearing. xo

Ohhh, so that's what you wrote about. :-) You'll have to put up a translation on your blog for us readers.

Hi Terry
Nice to see you around. Isn't it funny how the worst moments make the best stories? ;-)