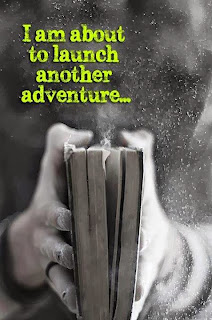 My long long awaited second book, sequel to "First Light", is finally up on Amazon stores worldwide. It went up as a kindle e-book, just before Christmas, but I've been waiting until the paperback was released before I made the formal announcement.
Quite a long journey, since I announced I'd finish writing it in July! Thanks to two bouts of bad flu the proof reading and editing took a lot longer than I expected.
The sequel is called "Wisdoms of the Light" and it will soon be available in various Internet bookstores as well as all amazon stores and Createspace itself. I've sold two books and four e-books already. :-D And I've had my first review for "Wisdoms of the Light". 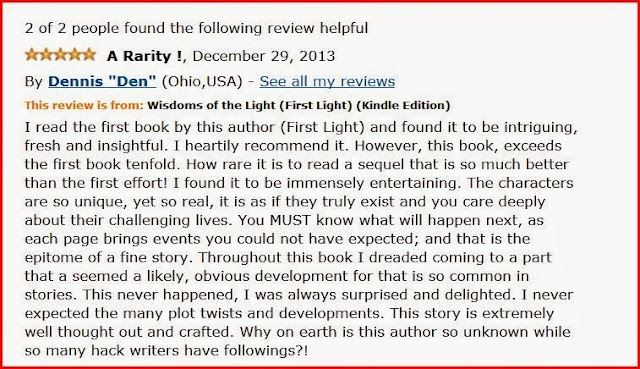 I received my proof copy yesterday. I was so exited I ended up chatting to the postman about it. :-D The cover for "Wisdoms of the Light" is made to match in with the new cover (and better edited!) version of "First Light". Here are the two books side by side.... 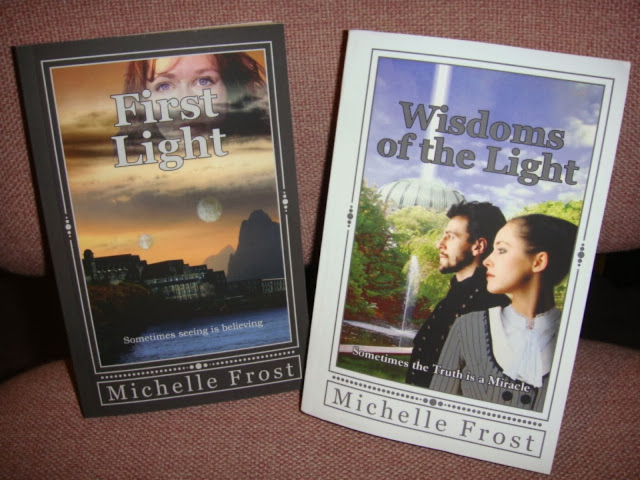 There are pictures on both back covers, as well, but you'll get a better view of them via the amazon "see inside." ;-) "First Light" has Idrith on the back, "Wisdoms of the Light" has Harmion. The woman on the "First Light" cover is Daen. It's artwork I created for bookmarks that went to the LA book fair in 2010.