Thoughtful Thursday ~ Till We Have Faces

A quote and a very personal story make up this week's Thoughtful Thursday post.

The quote is from one of my most favourite books by C S Lewis,  Till We Have Faces. It's based on a Greek myth and told by a princess named Orual. She's the sister of Psyche, the girl who fell in love with Cupid. (who wasn't a baby with wings, but a handsome young Greek god)
Orual says this, near the end of the book:

“When the time comes to you at which you will be forced at last to utter the speech which has lain at the centre of your soul for years, which you have, all that time, idiot-like, been saying over and over, you'll not talk about the joy of words. I saw well why the gods do not speak to us openly, nor let us answer. Till that word can be dug out of us, why should they hear the babble that we think we mean? How can they meet us face to face till we have faces?” 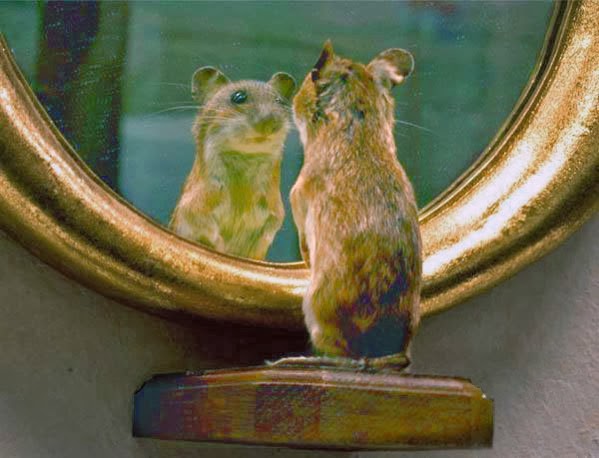 Last year, I wrote my book, Wisdoms of the Light, and during the months of writing something changed inside me. It took me till today to realise what it was. I had looked at myself, face to face, and written out "that speech which had lain in the centre of your soul" and just as Orual predicted, it led to a very important meeting.
No, I didn't get to meet a Greek god face to face! LOL But I did get to hear my spirit guide's words for the first time. Finding my Speech gave him speech.

As I've mentioned before, my spirit guide, Sol, has always had to mime or write words on a chalk board to communicate with me. That's because my brain refused to give him a voice. In my opinion, the idea of "voices in my head" was simply too creepy and too invasive. So, for about ten years all I saw were flashes of pictures or written words in my mind. Last July that changed and suddenly Sol's words were coming thick and fast. At first it was a bit overwhelming, but by October I'd managed to reach a stage of balancing this new chatty person with the dear soul I'd known and loved for so long.

Most of what we've talked about is personal and not for sharing, but last year he did write my post for Blogblast for Peace 2013, when my mind went blank. In being able to talk I have learnt a lot more about my old friend, including something vital that I'd not known before. I once joked that Sol was "no angel", since he can be vulgar, cheeky and a terrible tease. Well... the last joke was on me! Sol has been able to admit that is exactly what he is - my guardian angel. 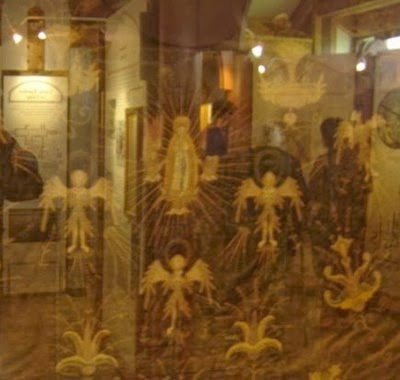 Sol isn't his real name, but he's happy to keep using it. He says he doesn't have a name my ears would understand. I gather our languages are not the same as theirs. I asked what the language of angels sounds like and he told me they sing to speak, but it's not like our music. I've asked him loads of questions and sometimes he's asked me to write it down, like the speech I used for Blogblast 2013.

I have some other bits he's dictated that he's okay with me sharing, which is why I'm writing this introductory post... so to speak. ;-) Ha! Bad pun, but then I have lived with an irreverent dreadful joke-cracking spirit guide in my mind for ten years. One who now turns out to be an angel who is far from angelic! Sol is naughty, immensely loving, incredibly patient and surprisingly wise. I'm so glad we finally came to meet "face to face".
Posted by Michelle at 01:11