Closure is not a Door you Close

Last weekend, my high school held their reunion online, since covid has made gathering anywhere impossible. I've never been to any school reunion, but I did end up staying for a while in the group chat related to this year's gathering. It was a strange feeling, seeing some names I remembered and a lot I did not. 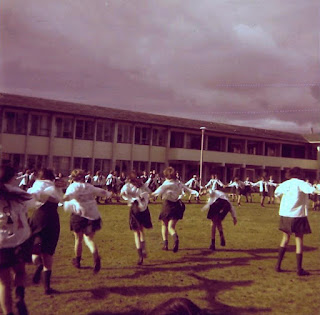 And depressing, when people started to list those students now dead from cancer and other various life misfortunes. I was thinking of leaving the room, when someone I did know commented on one of the cancer victims, a girl named J. Someone said how sweet she was and another that, "She was a lovely Christian" and instantly all I wanted to do was open my mouth and say... too much.

I'm not sure if what I did was right or wrong, but it felt... unfinished. So, here I am, talking to myself most likely, but ready to finally finish and let go. It's time for closure.

So... I am sorry that J died of cancer, but she was far more than "sweet" or "lovely". She was a mess, emotionally mixed up, angry and unheard. And seems no one realised that. Or did they? Do they now want to forget and bury that part, because no one did anything to help her?

J started high school as my friend. We were both from the same junior school and so casual friendship became "best friends". I knew she was unhappy about several things, we did talk sometimes, but I had no idea how deep that went until it became rage. That was when we were about.. 14? One day at lunch, she just stood up, turned around.. and started kicking me.

I can't remember what I did. I remember being shocked speechless. My best friend was attacking me. WHAT THE HELL???

It was the first time in many. For the next few months, every chance she could get, when we were somewhere quiet, she'd attack me. Kicking, stamping on me, whatever. Did I fight back? No. She was my best friend! And plus I could only think this craziness was because she was hurting badly or angry at someone else. I didn't want to hurt her more. I wanted her to calm down, stop, and talk to me. I didn't tell a teacher. Never even considered that, to be honest. It was my problem and I would deal with it.

Except... I wasn't dealing with it. I thought she'd calm down. She didn't. I thought she'd eventually talk it out. She refused. And eventually I just began trying to avoid her at all costs. The lowest moment was one day when she managed to ambush me in an empty courtyard. I remember feeling so tired of it and bruised both of body and spirit, when I realised we were being watched. A mutual friend of ours, M, who went to the same junior school. She was standing at the entrance with another girl, just standing there watching.

I'd remember that a decade later, when someone commented on how the Germans were bad people because they never stopped the Nazis. If two high school girls are too scared to tackle a girl bully who was shorter than both of them... then why on EARTH does anyone think that German civilians should have stood up to men with guns and the government behind them? So although I truly did judge my friends severely for that moment in high school, it led me to judge others with more tolerance as I grew older and wiser. Not a bad trade, really.

And what happened to J and M? J stopped attacking me eventually. To this day, I have no idea what triggered that. We eventually reached a friendly truce, but we never were true friends again. In an ironic twist, I was present on the day a group of girls bullied J in art class, throwing her prize scrap book about the class until she was in tears. That time I was the one who stood and watched and did nothing. It wasn't for revenge, just wasn't sure she'd appreciate being rescued by her past victim.

M... we stayed friends a year longer, but the sense of betrayal never quite left me and eventually led to the death of our friendship as well. Not helped by the fact that our friend group took sides without ever bothering to find out facts. For some reason, even though I'd been the victim I was portrayed as the bully in schoolgirl gossip and lost about five close friends by the end of it all. Another "lovely Christian" school friend, held onto the gossip grudge with such pious intensity that she actually phoned me, several years after high school, to tell me she wasn't inviting me to her 21st birthday party.

Not surprisingly, my final year of high school was mostly spent avoiding making any close friendships! It would be about 20 years before I made any close female friends. Trust broken is not easily mended and closure is not a door you close, but more a series of doors you open revealing more truths and more lessons about yourself and the world around you.

Time to open the door, walk through and move on. 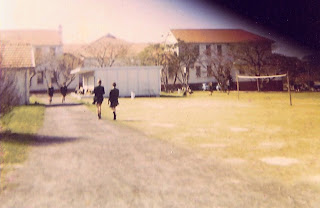