...
Last week a friend of mine phoned to talk about a situation that had her really upset. She made a joking comment to someone (one of her ex-husband's family) in an email. This person took the teasing comment seriously and was so offended she actually sent back an email titled, Goodbye. In it she said she was insulted, offended... going, gone, outta here!

My friend was shocked. The comment really was a joke and the two of them have been lobbing jokes back and forth in lots of emails before this ones. Why did this joke offend? We talked about it and figure the joke must have hit a nerve, but since my friend never knew this "touchy nerve" existed how can she be responsible for the insult and anger it caused?

I went through something similar about three years ago. I lost a friend because I refused to apologise for my words. Were they good words, were they tactful or insenstitive? It depends on who you ask. I thought they were tactful enough, this friend disagreed. She ended our friendship. It stands out in my memory because it was the first time in my life I didn't apologise. I refused to say sorry for my words, because to have done that would have been a lie and made everything I said a lie. I did apologise for hurting her feelings, because I never intended that, but I simply couldn't bring myself to apologise for being myself. She had demanded I give her an honest opinion on something... I did as asked. How she took that was her responsibility, not mine.

It was the end of our friendship and that hurt, but it also felt remarkably freeing. For the first time in my life I had taken a stand and said "no, this is not mine to claim." I handed the responsibility of whether she chose to be offended, or not, back to her. How and why we say things may be our responsibility, but how others react to what they hear is not. That is their choice and their reponsibility. 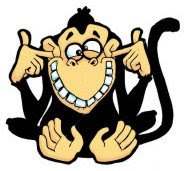 What would happen to our conversations if we constantly censored out anything and everything that might hurt, harm, offend, annoy or influence others? We already know that we shouldn't make insulting racist remarks, sexist remarks, but that's only the tip of the iceberg. You could offend someone on gender, sexual preference, race, culture, Nationality, religion, spirituality, age, intelligence, weight, height, hair colour (blonde jokes), diet (I have a vegan friend offended by everything meat related), mental disability, physical disability, political views...

Anything left you can say at this stage and be certain you won't offend someone? 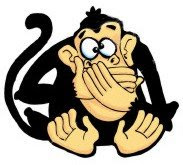 No, I'm not at all in favour of Political Correctness and yes, I have had others insult me with words and am aware of the damage that can do. Yes, they hurt or angered me, but it was still my choice to be hurt or be angry. MY choice. MY free will. Yes, when you are young and inexperienced jokes and insults can leave scars, but those are life lessons we can take and either grow from or use as an excuse to cripple our lives. We always have that choice. We all have that choice.

I remember, as a child, being taught to laugh off insults or taunts. I remember being taught to forgive the insulter, to "turn the other cheek." Nowadays if someone insults you... you sue them! What are we teaching our future generations? Is this really an improvement? By outlawing insults we don't stop people who hate from hating, we merely drive their throughts within, where no-one knows about them and can deal with them... until perhaps one day they grab a gun and shoot people. 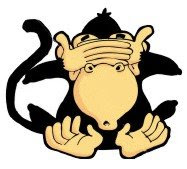 I'd rather see a world where children were taught to cope with insults, to laughed them off as the ignorance they are, than a world where everyone lived in such fear of offending that they no longer knew what to say or how to say it.
...
Posted by Michelle at 00:44

Michelle, I am afraid you are right. Quite frankly, I think people have gotten quite soft. Sometimes, I think that when we pause before we speak, we are being less truthful to both ourelves and the person we are directing our comments to. Sometimes, spontaneous words, although impossible to take back once uttered, at least allows us to say what we truly feel. If people who ask our opinion start putting restrictions on our feedback, maybe they just don't deserve to be told the truth.

Hope all is well!

Great blog, my friend. I lost a friend once... one I thought was a very dear friend... because I didn't worship the same way she did *shrug* I guess we had different ideas of friendship all along then.

Sometimes being honest with people is the hardest thing to do, well, that and not backing down when you know your right! I lost a close friendship about a year ago, after her saying a lot of very hurtful things, and it's been awkward because of mutual friends, but there was no way I was going to back down from what I knew was right. It still hurts, but I know that this was one of those times I had to stand my ground.

GREAT post...I find that it's "easier" to point a finger at someone if we feel defensive or hurt due to something we hear from their lips, though it's WE ourselves who actually have some soft, raw spots that we need to deal with.

I've experienced this many times - someone says something that makes me defensive or that makes me feel something I don't want to feel...and I really have to focus on telling myself that I am the one who's got the issues that I need to deal with and it's not the other person who tries to hurt me intentionally.

I've also had clashes with some best friends, but glad we managed to speak out our minds and our friendship isn't broken because of that. :-))))

What a shame that the friend can never know her friend's intent. Communication is so important, don't you agree? When we stop talking to one another, we lose the opportunity to understand, to feel compassion and to heal. So often it feels so much easier to walk away. It takes time and persistence to work through a painful time. It is worth it. I hope the friend is not too embarrassed to return with an apology for walking away and ready to work it out.

thanks for popping by the bus

and i hope you have a lovely day


stay strong all the best

Bogey
Good point about just saying it. I've actually got my foor more firnly wedged in my mouth trying to be tacful (and getting it wrong) than I ever have with just saying it plain and simple.

Tint
My sympathy. I've been there myself.

Hi Rose
I'm really sorry to hear you lost a friend, but I think it's better than losing your own self-respect. Sometimes in life you have to make a stand for your self.

Grace
That would be such a nice ending. I know in my case the friend who walked away doesn't want to return. I've tried twice and we've mutually agreed to be friendly, but not friends, which is at least a communication of sorts.

Hi Andy
Your replies always make me feel smiley. :-) Thanks Andy! You've certainly brightened up my blogging life as well.

One reason I don't do political posts is because I don't want to be in danger of polarizing my readers.

But I get so tired of people who call those who oppose their views "haters." Just because I don't believe the way somebody else does about something doesn't mean I hate them.

And I have struggled with weight problems over the years and I got used to people telling me that they were "saying this for my own good" as they assumed a license to say something hurtful to me.

I agree that sometime you have to let some things go in one ear and out the other.

Hi Cliff
I missed being notified about your reply here.

Yeah, I must agree that some folk (the for your own good lot) are insenstitive and hurtful.


I know several the versions of the "for your own good" hurtfulness.
I've been too skinny, too fat, too short, too left-handed...

Maybe we should all tell them what we really think of them and their advice... for their own good? Wonder how tolerant they'd be!

Well written post, Michelle. I've been on both sides of that issue at one time or another. The choice is ours like you said.

Thanks. Hope you're keeping well. I'm so behind on blog hopping lately!