...
Recently I was talking about cultural differences with a friend and it reminded me of the night the "lion" squeaked.
It actually was only one event in an exceptionally strange weekend. It started with a proposal and a party and ended with a serenade and a squeak. ;-)

The party was a regular invite from a Xhosa friend of mine, back in South Africa. I remember the first one I went to - I was the only white person invited. It was so funny when I walked in, all conversation stopped dead and everyone STARED. You could almost hear everyone in the room thinking, "OMG... a WHITE person." 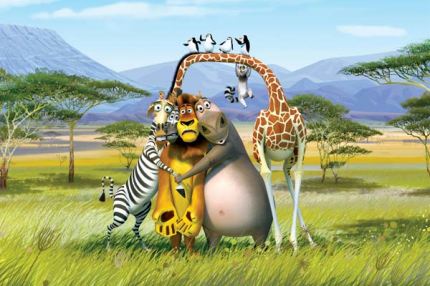 glitter-graphics.com
Once that first awkward moment was over we all had a great time, although I missed out on some good jokes and funny stories by either not speaking Xhosa or just not getting the cultural joke-in-the-joke. Having the joke explained (like the frog on the pillow being a "dig" at a person's lack of sexual experience) really does take away from the punch line moment.
I always had a great time at those parties, but there was one cultural difference that I had to adjust to - the decibel level. glitter-graphics.com
I've had to watch that cultural difference here in the UK as well. I scared a few English friends before I learnt to turn my inner "volume" down. In Africa everyone is louder than they are in the UK, but the native peoples of Africa are even louder. They yell conversations to each other across fields, roads... city blocks. In some African cultures this loudness is deliberate form of good manners. It is considered rude to say anything that others cannot hear clearly.

Now, you can't be at a party where everyone is set at LOUD and not end up... well.. LOUD. Every time I went to one of Z's parties I'd come home set at a whole new decibel level. I'd usually take a few hours to tune back down to my own everyday level again, but this particular night I went straight from Z's party to a celebratory dinner with my parents. It was celebratory because a certain Scotsman on the far side of the world had just asked me to marry him -that proposal I mentioned. ;-)

We went to this cosy bar and restaurant place that was a family favourite. We were sitting waiting for our meal and I was telling a story... without realising I was still set at Xhosa party decibel level.
I start laughing and realised I was LOUD, so I tried to turn down the volume in mid roar of laughter and for some reason that turned my roar... into a squeak. But this wasn't your average squeak. This wasn't a mouse squeak - this was a mega-tyrannosaurmouse...

"SQUEAK"
Everyone in the place turned to stare at me, including all the men at the bar in the far corner. One man stood up, a little wobbly from a long afternoon enjoying himself, but still firm enough on his feet to make his way across to our table. glitter-graphics.com
Actually, he sang four Irish ballads. I remember, "Old Flames can't hold a Candle to You" and "I'll Take you Home again Cathleen", but not the other two. He did try kneeling by the table, but nearly ended up concussing himself on the table edge. So he sang one ballad beside our table, swaying gently to the tune, and the other three he sang sitting at the table while we ate our meal. The owners were aware of him pestering us (I gather they knew him well), but we never complained. How often do you get to eat your meal to live music sung in honour of your squeak?

Only an Irishman could manage to sing beautifully, and be perfectly charming, whilst crashingly drunk... and only a Xhosa party decibel level could create a megasaurmouse squeak out of my Leonine roaring laughter! ;-)

Michelle! I love this story :) Cultural differences can be subtle - or very overt - and you captures many nuances of a variety of differences - Xhosi, Irish (plus drunk Irish romanticism), mousy vs leonine speech - You are such a good story teller!

Oh you make me LAUGHHHHH he he he he...when it comes to volume, I find that Indo people are louder than Finnish and after living here for a few years, I'm getting too used to the silence and serenity he he he...

Amel
Yes, I'm betting you have loads of cross culture stories too. It's kind of fun, isn't it? ;-)

Yes, it is FUN and quirky to have cross-culture experiences he he...

Have a blessed weekend!