I don't normally talk politics on my blog, but this month I made an exception. I am a YES voter for Scottish independence. Being an anti-nuclear blogger for Peace and pro-Green, a YES was the obvious choice for me. 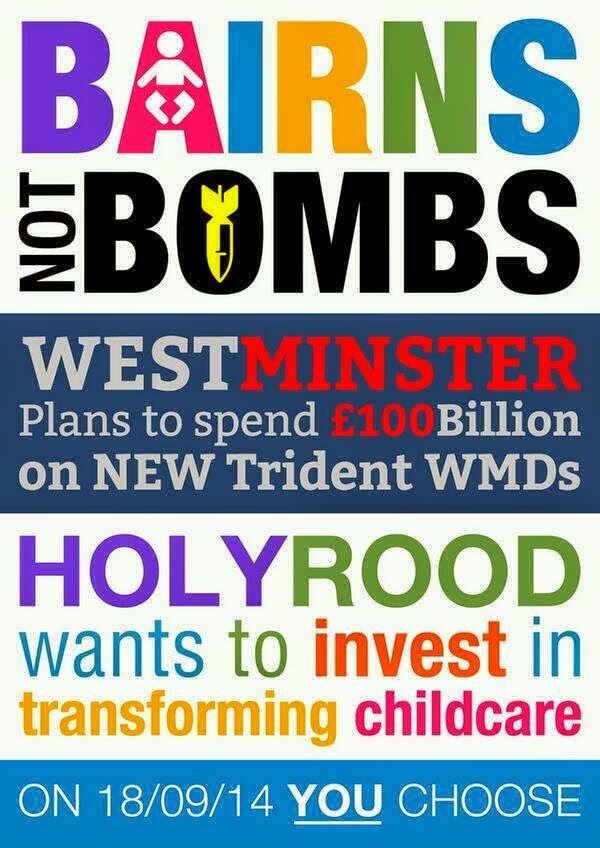 It was an equally obvious choice for all my in-laws and friends, including many born in England and elsewhere. There were so many well-wishers, including most of my English friends who saw this as a move towards sanity for the entire UK, for various reasons. People like Keith, who writes a political blog down in England. Here's the letter he sent to 10 Downing Street, before the voting began. A letter supporting the YES vote, as many of my English friends do, both here in Scotland and in England. To say last night's NO results were a shock is an understatement.No-one I know was expecting such a low YES count. And the shock keeps deepening...there have been videos on Youtube and Facebook showing what looks very much like vote-rigging. This is appalling viewing!

I've lived in two African countries where vote-rigging has taken place. I've witnessed it first hand in the 1980s, as a teenager helping out at a polling station. Sadly, the world shrugs when you mention election fraud in Africa, but in the UK...???

Now that's one I haven't heard, the vote rigging. I'm off to tell my brother who lives in England...he's on holiday here too in Florida...