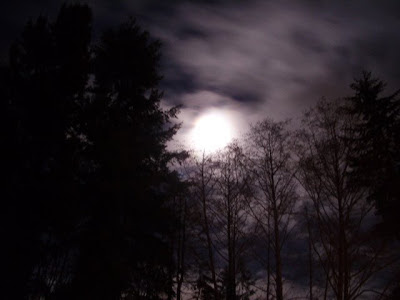 My friend Jacques wrote an excellent piece on his blog about his experiences as a modern-day nomad. He finished by asking…

Here is my Travelosopher's story...

When I was young we moved to a new country and a new house. My parents originally bought that house as a temporary dwelling between two moves, but life had other plans. We all ended up living in that house for over 25 years.

It was never my dream or plan to end up still living in the same room at the age of 38 that I had entered at the age of 12. It just happened that way. Life brings you choices and decisions and every choice has consequences. Some of the time I spent in that house was very happy, some of it was very unhappy, but either way it involved no physical travel. In my early 20s I struggled with mild depression and anxiety attacks for a while and at that time my room became both my refuge and my prison. It was where I felt safe… and where I felt trapped. I would stand by the window and look out at a world I didn’t feel a part of.

There was no literal travel for me during most of my 20s and 30s and yet I managed to travel so far during those years... because being unable to travel much outwardly forced me to travel within. Science states that every action has a reaction. All choices cost us, but all choices bring rewards if we are willing to accept the lessons they offer. I took my travels in other ways and I am richer for those experiences. I never climbed any mountains, never back-packed through strange countries nor wandered the streets of unknown cities. My strange countries were my dreams and my unknown city streets were the pages of books I read and journals I recorded my thoughts and discoveries in. My mountains were my own striving to climb above my shadows and fears.

Not everyone views travelling within as serious travelling. I’ve had my fair share of others who thought I was sad, or stupid, or a bit weird, but the first time I heard the song “Whole of the Moon” by the Waterboys I knew someone else understood about travelling within. 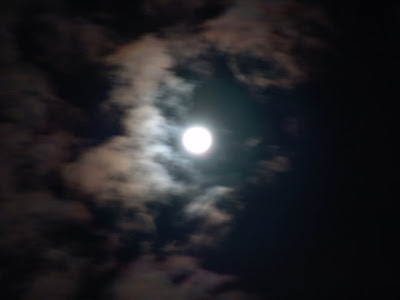 I spoke about wings
you just flew
I wondered I guessed and I tried
you just knew
I sighed
...but you swooned!
I saw the crescent
you saw the whole of the moon

My travels were through circumstances, but the choice of destination was always within my power. Every time I’ve stopped to look back along the path behind me I’ve realised that I’d not want to change it even if I could. I have had moments where I have “reached too high, too far, too soon”, but I have also had moments where I “just flew”.

I’ve crashed and burned more than once… but I’ve also seen the whole of the moon. 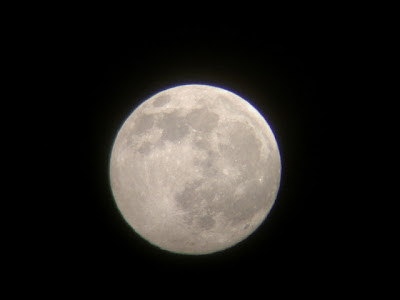 Hey, you're back! WoW, GREAT response Mich - I love this. You are one of the most well-travelled people I know - and it shines through in your writing. I too like the Waterboys and one of their tracks is my personal anthem, "The Big Music". The lyrics are all about "climbing the mountain". At one point an "inner voice" in the chorus chants some self-doubt... ("you'll never get there, you'll never get there..."), but the lyrics then continue: But I will (!).
I will always climb the mountain,
because I have heard the Big Music,
and I'll never be the same,
something so pure,
has called,
my name...
Here's something about how their lyrics are/were inspired by Robert Burns and W. B. Yeats.
http://www.poets.org/viewmedia.php/prmMID/5815

Its good to have you back!
My brother is down from P.E. for a few days and I'm on vacation, so there will be some mountain climbing happening around here ;-)

Lovely words - both yours and the lyrics, Michelle.

Travel is one of my own addictions - just moving, destination not important! Vehicle not important. I was probably a centipede in a former life....:-)

As you know, I've had my seasons of Inner Travel, as well.

very introspective. You discussed so poignantly your problems, depression, the role your room played. Thanks so much for sharing!!!!

Hi Michelle, I love this post and mostly I love it that you're back in blogland! It doesn't matter whether you have traveled across the world but what's important is your mind is able to travel like the way you do.

I do love reading your posts. Everytime I finish reading one of your posts, it would always touch me in some ways that I can't describe.

I can only imagine what's going through your mind when you're writing it.

In many ways, only you can fully appreciate the art of your writing. I wish I can but then it would be a lie.

But let me say it's very well put and I hope you remembered some fond memories in writing this post.

I'm about to take the trash out, does that count as "travel"?

The Whole of The Moon is one of my all time favorite songs. I, too, understand inner travel completely. Its funny how the inner terrain fortells of the eventual outer.

By the way, I started a new blog (again): meaningfulmalarchy.blogspot.com.

Sorry to keep you waiting, I've been busy unpacking the last bits here.

Jacques
Thank you for inspiring me to write this with your piece on your own travels. I'm in constant awe of how far you have "flown" on your own journey. Your choice of "anthem" from the Waterboys fits you perfectly. ;-)

Oh, and thank you for the link about the Waterboys. I never knew they used poetry for their lyrics!

Twilight
Thank you. I keep chuckling at the visual of you with a hundred legs dashing over the planet. :-D I All the Aquarians I know adore change and travel.You should write your own travelosophy... or maybe the travel style of each zodiac sign?

Hi Betty
thank you for such great praise from a fellow inner traveller. :-)

Hi Vince
How nice to see you. :-) I've been missing out on reading your blog. I must rectify that! Thank you for the lovely reply.

Ting
Your reply left me sitting here smiling BIG. I don't have words to describe how wonderful it feels to know my writing touched people. I think maybe hearts read faster than eyes do, so we often feel things faster than we have words to explain them.

Shan
I love your honesty. :-D Maybe go read Jacques post on travelosophy first and then you might see better what I was trying to say.

Hi Mother Hen
No, taking trash out only counts as exercise to burn off enough calories to not feel guilt at a bit of chocolate or cake or... ;-)

Holly!! Yaay! I've missed you. I'm not surprised that you understand. You've always come across as a very weathered inner-traveller. I will be arpound to see your new blog. May I add it to my blog roll or would your prefer less advertising?