I was reading Guyana Girl's blog yesterday. I sympathised, and laughed, at her latest post about power cuts - Sweet Cuts - Sour Cuts. It brought back lots of memories of those boring, frustrating, or just plain AWFUL moments when the power goes out. I still don't know how the movie, South Pacific, ends, thanks to a storm cutting the power.
But my most annoying, most frustrating, most funny cut off moment actually wasn't a power cut. It was... well, let me tell you the story!It all started in a movie theatre, on a planet, in a galaxy far far away...
The year was somewhere in my teenagedom and the movie was the long-awaited sequel to the first original Star Wars. 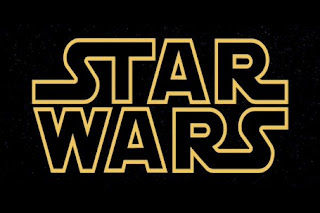 I'd been waiting an eternity to find out what happened next. Now, finally, there I was sitting, squashed in with all the other excited new Star Wars fans, to watch the sequel. The movie started, the magic began. Luke Skywalker came bounding back into our reality, riding a wonderfully weird alien critter on a planet of snow. I was hooked, once again.

glitter-graphics.com
The action began, Luke, seemingly lost in the snow, sees a vision beginning to form before him. The ghostly figure of Obi-Wan Kenobi appears! Luke stares... shocked. The entire audience held their breath as Obi-Wan lifted a hand and, with a deeply serious look on his face, he pointed at Luke and said... (in a very loud strange man's voice????)
"Will Johnny Smith please call at the front desk.
Your mother wants to talk to you."

What kind of insensitive idiot breaks in with a message at the critical moment of a movie?
Now, you have to remember I was a teen and my finances did not run to seeing a movie a second time purely to hear one or two sentences. And this was long LONG before DVDs or even video tapes. I had to wait about ten years to finally rent the movie out from a video shop and find out what Obi-Wan said.
And you know what's really funny? I can't remember what he actually said! I'll forever remember him humiliating Johnny Smith, and probably bringing about the break up of his relationship with his mother, in front of an entire jam-packed Saturday audience.
Posted by Michelle at 11:14