...
I was watching TV last night and this show had a man bouncing off the walls with anger because he felt he'd been picked on (in a public place) due to race issues. Had he? I don't know, because he was so loud and aggressive the only person who was coming across as scary and offensive was him!

He got me thinking about Political Correctness. 'PC' is an idea I really do not like. It might have been based on good intentions, but over time it seems top have become another way for people to hate each other. Far too often the stories I'm seeing in the media are about people using PC to vocalise their hate of differences under the mask of wanting everything to be "correct."

I don't agree with picking on people due to race, gender, religion or any other reason, but sometimes it seems as if we've gone so far in trying to please everyone that we're not pleasing anyone anymore. And... just like that screaming mad man on TV last night, it has made some people more aggressive and more offensive than those they point fingers at.

Years back my dad's cousin was reprimanded at his new job for being offensive. Apparently the women in the office had formally complained and he was told if he ever did it again he'd be in BIG trouble. What did he do? He said, "Good morning ladies" on entering the office in the morning.

When did being female become offensive? I like being female. I'd find a man saying, "Good morning sluts" offensive, or "Good morning girlies", but "ladies"? A word denoting gender respect? This is an improvement in society? Scary....

glitter-graphics.com
Well, I'm sorry to be offensively non-PC, but I really like being a WOMAN and I do not want any man saying "Good morning non-gender carbon based being" to me! Although even that might become offensive. We could find some offended by implying carbon was more relevant than water in our biological make-up.

When PC runs rampant over common sense the message becomes one of extreme intolerance. It's no longer good enough to be yourself - you have to hide everything you are, from gender and race to religious belief... in case it offends others. Doesn't this go against everything the word tolerance is about? Tolerance, understanding, a sense of humour... Love - these are the things that make the world a better place, not this mind-control PC monster that finds everything offensive.

I'm tired of having 'PC' drain the life out of Life. It's turning the world into this boring place where we have to hide everything about ourselves that makes us interesting and unique. Who we are should be something we are happy about, not ashamed of. What kind of message is that for our world's children? 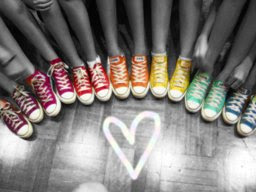 When will they realise that it is being a rainbow that makes the world beautiful - all the wonderful colours in the sky, the earth and the people and animals on it. PC is so afraid of white finding black offensive that it wants to drain us all to grey... well I'm not buying into that!

I'm part of a rainbow world, not a monochrome dystopia. I don't want to have to hide my gender, religion or heritage out of fear I might offend others.

I'm going to be a rainbow! 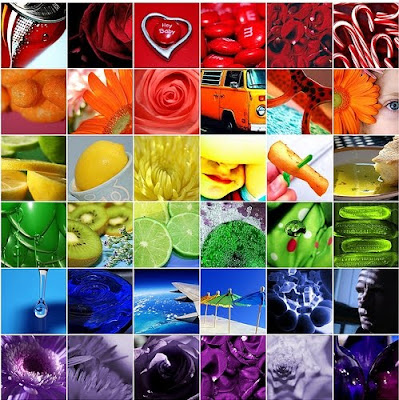