The View through a Window 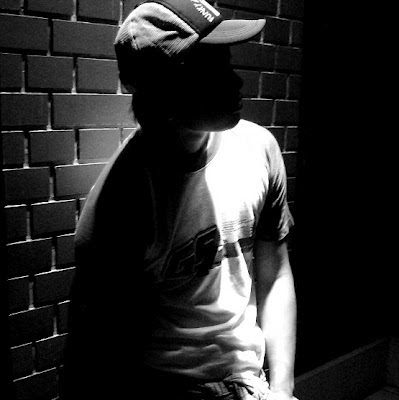 I want to write about a boy named Sean, because he's been on my mind all weekend. Sean was the kind of boy you don't notice - quiet, polite and really shy. In all the years from adolescent to teenager to finishing high school I don't think I ever heard him say a full sentence.

I don't know why he's been in my thoughts as I really didn't know him in all the years I knew him. He was just one of the kids that hung out in our group when we were teenagers. At holiday gatherings, at the beach, at birthday parties... Sean was always there. He would ask me to dance at parties and the local disco, but he never stayed long enough to talk. He'd dance and be gone... He kind of faded into the background a lot, he was good at disappearing into the crowd.

In all my teenage years I never thought much of him. I didn't dislike him, I just didn't know him at all. Then one night that changed, when I saw him through a window.

It was Sean's 16th birthday party. He'd invited all of us over for a barbecue and I remember because it was cold and I wasn't in the mood, but my mom said I should go anyway, it might be fun. And she was right (as mom's are!) - it was fun. There were chairs and a barbecue out on the lawn and music set up from the garage. I remember standing on the lawn... or dancing? I might have been dancing. I was looking at the kitchen window; Sean's mom was there with his older sister. That was a surprise - I'd never known he had an older sister. She was very pretty and very "grown up", but thinking now I suspect she was probably about 19.

I watched those two women in the window as they washed dishes and sorted out the birthday cake candles. At one spot, one moment caught in time so bright in that window light, they both stopped... and looked out into the night. They looked out at Sean and the love on their faces was so bright it was stunning.

How could it be that these two women were looking at the Sean like two adoring spotlights when he was always invisible to everyone else? And I realised that although Sean might seem invisible to many, to a few he was the entire world.

That was pretty much the last time I saw Sean. A few more parties and dances and then it was my final exams and when High School was over we both moved on our separate ways. I never thought about him until one day, years later, I bumped into a mutual friend and we started talking about our teen years and he said, "Did you hear about Sean?"

Sean was called up to the army after high school. That was the way it worked in South Africa back then. A "Russian Roulette" system of picking young men at random for duty, regardless of whether they wanted it, or were suited to it.

How did a quiet polite boy fare as a soldier? I have no idea and neither did his old school friend. All he could tell was that Sean came out the army changed... broken... and one day he walked out of his parents' home and was never seen again.

I'm still haunted by his sister's smiling face in that window; his mother holding his birthday cake. Sean might have seemed invisible to many, but to his family he was the entire world. I don't know if Sean was ever found. I do know that of the young men in our group who went into the army many found ways to disappear. Another friend's brother took drugs to disappear after leaving the army. He had a nervous breakdown and ended up, sleeping under his bed in terror, at a local mental institution.

It's because of invisible boys, like Sean, that I blog for Peace, because every person who goes off to war is changed forever by what they experience.

Too many good people disappear through wars, one way or another.