Through the Eyes of the Past


Last month I received a very exciting box in the mail - a special book called Arms and the Woman by E Culling. The reason I was so excited to get hold of a copy lies in the name of the author... or rather her name before she married. Mrs E Culling was originally Miss Evelyn Ongley, my great-great grandfather's sister. :-)

Here she is, in the centre of this photo, pouring coffee for the soldiers. 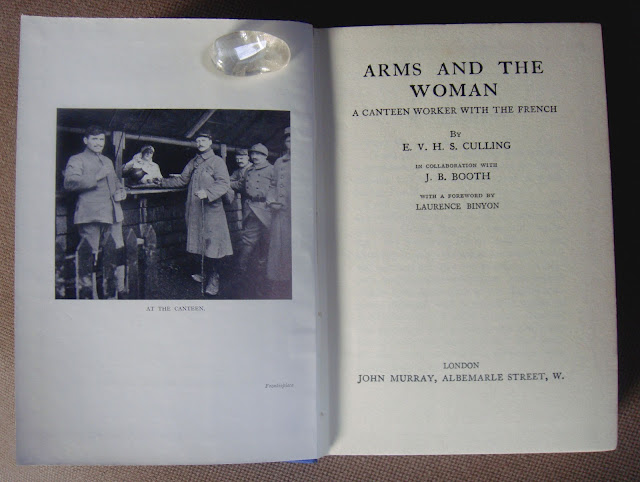 Evie ran a canteen during the first World war and the following war in Syria. I must admit, I had no idea what that meant before I read her book. I found a *photo of a canteen for French soldiers, dated 1917. it should give you an idea what they were like. 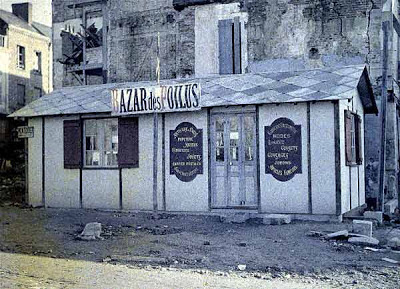 They  offered simple comforts of a warm drink, sometimes music, a sense of normality and amidst the chaos of war... 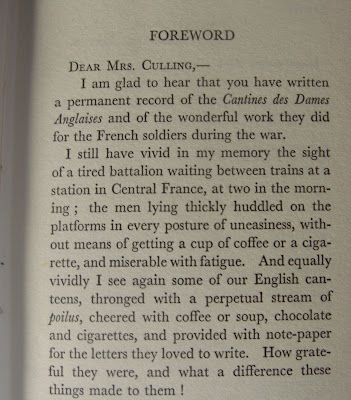 Evie's account of arriving at Revigny, where she worked for several years, is an excellent example of how her simple statement of facts makes those facts all the more powerful to imagine. 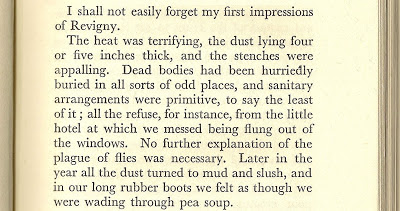 Evie's sister, Minna, also worked with her in France for a while. Both sisters had sons fighting in the war... and both sons died in that war. Evie's only son, Evelyn Culling, fought with the Canadians. He died in 1915. Minna's son, Humphrey Stafford O'Brien, was a pilot in the newly formed RAF. He died in 1918.

Even though the war years were full of personal tragedy and horror, Evie still managed to keep her sense of humour. Here's one bit from her book that make me chuckle - her description of the 'joys' of bathing in a war zone situation. 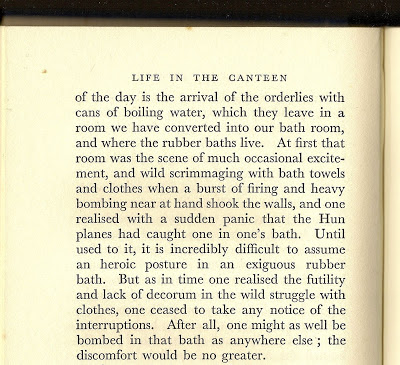 Evie's writing style is quite formal to our modern standards, but the stories she tells of death, life, humour and compassion are timeless. She shows a side to the First World war that I had no idea about - the realities of daily life of those living in or next to the battle zones. She speaks about a way of life that is gone forever, places and people changed forever.

We need to remember them. 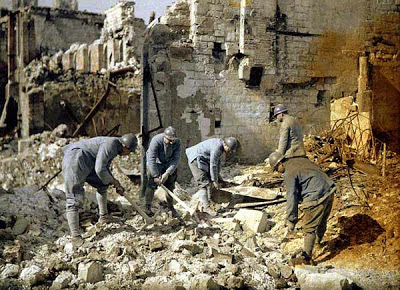 *Photos from The Heritage of the Great War. This website has an impressive collection of war photos that are well worth looking at.

The French awarded Evie the Croix de Guerre in 1919.

“Dear Madam -
“I have great pleasure in informing you that Marechal Petain, Commander-in-Chief of the Armies of the East, has, on my proposal, conferred upon you, as from February 27th 1919, the croix de Guerre with the following inscription:

“Mistress Culling, of the British Committee of the French Red Cross, Directress of Railway Canteens, has in the course of the campaign, unceasingly provided our soldiers with valued comfort, material and moral. Has carried on her beneficent mission under violent and repeated bombardments, in particular at Revigny, on September 5th, and 6th, and October the 4th, 5th and 7th, 1917, gaining the admiration of all by her presence of mind and indifference to danger.
(Signed ) Petain.”