This amusing and amazing TED talk, by Guy Hoffman, is really worth the effort to watch. Guy is in the process of revolutionising the world of artificial Intelligence, but what he is discovering goes far further than that. If you can't be bothered to watch the video, I've put enough below for you to understand the basics of why Guy's work is so exciting.

Guy wanted robots to be like the ones he loved on the Pixar movie. He wanted them to be creatures with personality and emotion, so he stepped out of his job and went to study animation and acting.

What he discovered was that body language is a vital part of human interaction and connection. He used this to create robots that did three specific things:

1. They are programmed to be playful, curious and willing to make mistakes.
2. They move in ways that are emotionally expressive.
3. They are reactive - they watch what the human does and interacts with them.

He built several types of robots, but they all share the same basics listed above. At a simple level these robots are cute; they have charm and personality. At a scientific level, the people working with these robots connect with them emotionally. Guy discovered that the more his robots interacted with people, the more people saw the robots as intelligent and useful. They work and problem solve, they even rap and play improvisational music together. 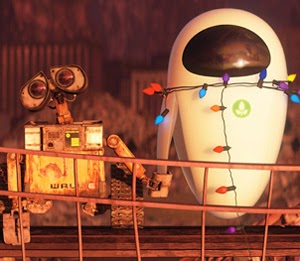 Guy discovered that humans empathically connect to robots that have "soul". The old style robots, no matter how intelligent, did not seem as intelligent to people as the robots that were empathic and eager to learn. The quirky, programed to make mistakes and try again, robots were seen as far superior and easier to work with. Guy also noticed that it was these playful and curious robots that people began to call He or She as opposed to It.

But what I find just as exciting is what this tells us about ourselves. Guy's experiments have shown that people see "soul" in robots as a sense of playful curiosity, an eagerness to interact, learn through making mistakes and be helpful. As Guy says, "A little less than perfect are just perfect for us." 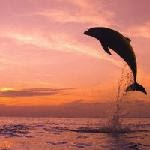 And what about animals? Science already classifies several animal species as highly intelligent; such as dolphins, crows and dogs. Using these three as an example; they are all well-known for their desire to play, explore, and interact with other species. They share that same spark of empathic playfulness that Guy's test groups described as "soul" in his robots.Guy's robots are nothing like us in shape or size and yet the people working with them connected and began to see them as friends and helpers.

Guy's robot experiments prove that us seeing another as created "in our image" is all about empathic interaction and nothing about species. What does that tell us about our own souls and our own creation? If we are made "in the image of God" than that can only mean that the Creator is playful, curious, eager to learn and interact. Is our eagerness to create merely an echo of how we were created in the image of our own Creator?
Posted by Michelle at 13:25