Every few years I like to go back and look at some of my oldest posts, to see how far this journey has taken me. This week, Hubby reminded me of my very first blog post, written back in April 2007. Even now, seven years later, it's still one of my most favourite blog posts. It still holds all the truths of who I am as well as the journeys I've taken over the years, both personally and with my book writing. I've pasted the post here, but added pictures to it, for this Thoughtful Thursday. 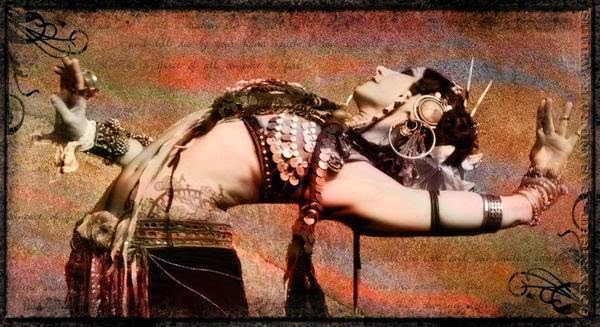 Dance
Last year I watched a TV documentary series called "Extraordinary People". The episode I enjoyed the most followed the life of a blind brain-damaged young man who is a musical savant. He has the intelligence level of a four year old and yet he plays jazz like a genius. At one stage he was given the chance to listen to an entire orchestra. He then "translated" the entire performance into a piano solo. It was awesome!

He flew from the UK to Las Vegas (with his beanbag toy elephant for company), to do a concert to raise money for disabled kids. There he met a boy with autism, who is also blind and plays classical music, and two other gifted musical kids: a blind girl on a violin and another autistic boy who plays the keyboard. Together they had a jam session that rocked the roof off. They were brilliant. The one psychiatrist studying them said that they are now thinking that music is the "Universal code" that drives us at a deeper level than language or any other sense-related ability. It makes sense to me. I've always loved music.

Three years ago I popped on some soothing music to try to meditate. I've always liked the idea of meditating, but my mind doesn't understand the concept of emptiness. It is a cage full of budgies, all wanting to scream their latest word the loudest. But this one time I actually got it right, one of those rare perfect moments when things just click together. Maybe it was because I didn't try so hard? Maybe it was because I was desperate for an answer that my conscious mind couldn't provide.

I was desperate for an answer to a crossroad I'd reached in my life regarding my religious/spiritual beliefs. I was born into a family that, counting both my mother and father's sides, span almost every variation of Christianity out there. As a result my parents had a more laid-back attitude to church attendance than many. Being a church-goer was never viewed as the only road to Heaven. I grew up with the unspoken message that all religions lead to God and therefore were of equal value.

It was only when I went out into the world that I began to realise that not everyone was as open-minded. I was warned I was "in danger of being a Pantheist" by a teacher, when I was in Junior school. I had to go look it up in a dictionary at the time. I had to admit, what I read did sound a lot like me. It was the first time I remember feeling both relief and a vague guilt/unease at who I was. So I was a Pantheist... why was that a dangerous thing?

In high school and college, more devoted Christian friends tried to convert me to their "way". Although they meant well they left me feeling less acceptable and worthy. Sometimes depressing. Sometimes annoying. Why do some people think they know what is best for you better than you do? It's like they see you happily being a square peg in a perfectly geometric world of your own and simply cannot stop themselves from trying to squash you repeatedly into a round hole. Or, worse still, they whip out all these abrasive words in a desperate attempt to file the corners off your square soul. Words that imply you are "wrong", or "bad", for simply being true to yourself. Ultimately there are only two people who know you: yourself and God. Other people have a right to their opinions, but that is all they can ever be - opinions. 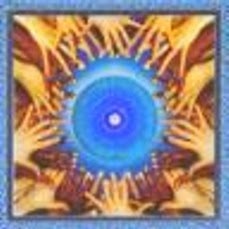 That was why I found myself trying to meditate three years ago. To try to find the "me" I had lost along the long journey through so many other people's opinions. As a child, I'd known who I was and been happy. In my twenties, I'd faced confrontation and fought back, the way you do when you are young and rather full of self-righteousness. In my thirties, I'd expanded my friendships to include a wonderful range of equally wonderful people from a variety of different belief systems: Neo-Pagan, Wiccan, Buddhist and Native American Shamanism. My thirties were a time of tremendous personal expansion, but it was also a time where I started to wobble... like a spinning top that has hit the edge too many times.

By my fortieth birthday it was clear I had wobbled so far off the path that I didn't know how to find my way back. A friend suggested meditation to clear my mind and see the way home. I tried... nothing. Or to be exact, too much! I'd sit there and my mind would gabble and chatter about everyday life until I either fell asleep or got bored and gave up. Then one day, I was pottering around the internet and read a woman asking similar questions. She was a Catholic considering becoming a Neo-Pagan. She was standing at the edge of everything she had been taught to believe was good and evil. She had left a message asking for help, and someone had replied, "Pray for guidance - then listen."

Seemed fairly sensible advice. I decided to try it myself. For once and for all, I needed to know if being ME was okay with whoever/whatever was "Up There." I said a small prayer to that extent and sat down to wait and listen... and for the first time EVER all those manic budgies in my brain finally shut up.


Was this meditating? I closed my eyes and let the silence take over... I found myself standing at the edge of a lake at sunset. Someone was walking across the water towards me. A bearded guy in a long robe.
Jesus?

I dismissed the thought as stupid, but as he walked up the shore to me I could see the holes in his hands and feet. I didn't know what to do. So I was honest and I said, "You're the last person I was expecting to see." 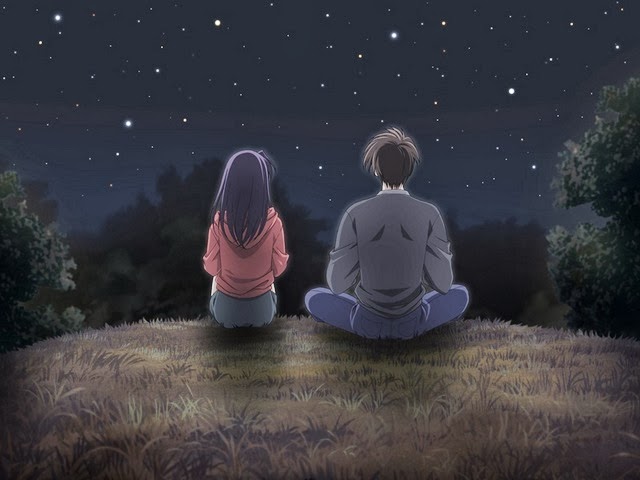 He burst out laughing and it was such a joy-filled infectious laughter that we both fell about laughing for a while. Then he took my hands and we walked out onto the water together and we danced. With stars above and stars reflected in the dark water below, we danced. And as we dance he "exploded" into the stars and became the Universe itself...

...and then I found myself back on the shore.
I'm not sure how long I stood there before he appeared, walking back across the water towards me once again. Only this time he was carrying something. A crow. He said, "This is for you," and the crow hopped from his arm to my shoulder.


I opened my eyes and I was back in the same room in my same house.
I have a Native American friend who had sent me an internet link to totem animals a year before. I went and looked up crow. I saved some of the bits I found there. Can't give credit to the author as I lost the links a few years back so apologies for that. 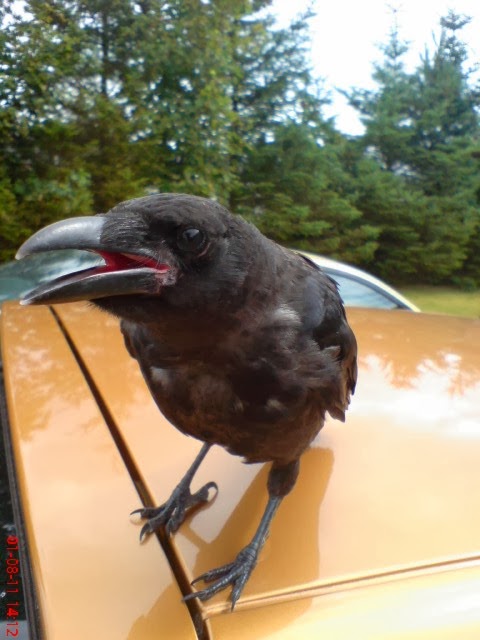 "Human law is not the same as Sacred Law. More so than any other medicine, Crow sees that the physical world and even the spiritual world, as humanity interprets them, are an illusion. There are billions of worlds. There are an infinitude of creatures. Great Spirit is within all."

"Crow is the totem of the Great Spirit and must be respected as such."

The bringer of the Holy Spirit had brought me the symbol of another culture's Great Spirit.

Now, I keep thinking about those supposedly "disabled" kids and how they've tapped into creativity and Creation at a level we can only daydream about. Music and Creation. Music and life itself. Dancing on water and amongst the stars. Ancient peoples used dancing and singing to connect to the Source...

Is faith merely (re)learning how to dance on water?

Was the world created in seven days or seven notes? 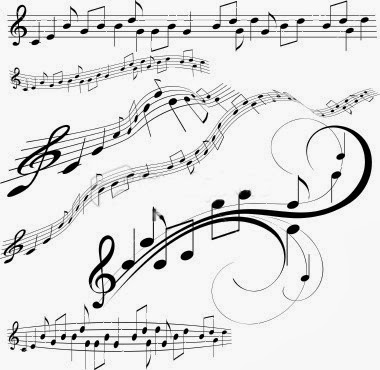 I think I really like that idea! Holy and Great, Human and Sacred exploding together in a universe of infinite possibilities. Different music, different steps, but always the same Dance.
I have found my way back to the Dance.
I hope you have found yours.
Posted by Michelle at 01:17