...
Time for another Newsflash for March/April.

NATURE
Spring is finally here and the trees are starting to turn green with new leaves. The daffodils and tulips are out everywhere, but I haven't had a chance to take any photos. No chance of photos from hubby because I accidentally "killed" our camera a few weeks ago. :-( I knocked over a drink and we didn't realise some of the liquid went on the camera. It was new too, bought middle of last year.

ENTERTAINMENT
I have a video clip that I'd like to recommend as brilliant entertainment. A friend sent it to me and it really is worth watching. Embedding has been disabled so you'll need to click HERE to listen to Susan Boyle sing. What a lovely voice and such a nice person. I hope she does well, but most of all, I hope this adventure brings her lots of fun and happiness. :-)

WISE WORDS
My favourite quote for the month, with one important twist - they have to be words from a fellow blogger. My Wise Words choice for Spring comes from Hayden of Lyric Flight.

It is only in this dullness of vision and spirit that we are able to commit suicide by planet.

SPIRIT
I can't really think of anything for this one. :-\

FAMILY
My dad's part time job is still on the go, a month after they said it would end. So far so good. I've been editing my book, to have a near-as-perfect edition ready for the printers. On top of that hubby and I have been working on trying to get him up and running with a new career, since he was retrenched in February. Hopefully I'll have good news to blog on all these topics in the future. Keep your fingers crossed! :-)

LESSONS
This month's lesson comes from my husband... or through him to be more exact.

We've been under a lot of stress lately, with hubby being made redundant and trying to figure out how he can bring in money before we run out of savings. Added to that my medication (hormone stuff) and side-effects of my fibromyalgia have made me cranky, forgetful and similar in mood swings to your average horror movie monster. Not pretty.
It all imploded this week. Hubby and I had a huge fight, probably our most serious to date. I retired to the bedroom, to wallow in gloom, and hubby went for a drive. He ended up at a local park with a little loch. He went for a walk around the loch, before stopping to sit on a bench in the beautiful Spring sunlight. He sat and watched the ducks, a pair of swans... it was beautiful, but he felt CR*P. People came by... he ignored them. He was too busy thinking how life was cr*p, his hopes were cr*p, his future was cr*p.

Then two women with dogs came by. Hubby ignored them too. When they'd passed he looked down and there, right in front of him on the path, is a little black bag.

Hubby says the rage just OVERWHELMED him. Here he was, his life utter cr*p and the universe sends him... real cr*p! He was angry at the Universe, God... EVERYTHING. So he gets up, finds a stick, goes over to lift the horrible bag and toss it into the bushes. He said that as he lifted it his brain said, "This is too light", but his arm was on automatic. He hurled the bag... and duck food rained down all around him.

As he put it later, when he told us all the story, "Ya think there's a message there?" ;-)

AUTHOR
This section is for what I'm reading, love, or want to read someday. In this case it's all three as what I've recently read and enjoyed is part of a book not yet published. If there are any publishers out there with sense, they'll snap this one up! 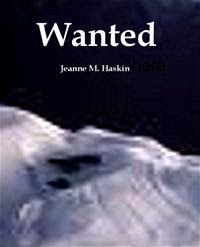 "While their parents fight the war that has come unprovoked, two children flee in the care of a single man.
They are the God-touched, without whom their people will perish,
and keeping them alive is a dark and desperate struggle that the man may not win."
You can read the first chapter (and judge for yourself if I'm right about this being a great read) by clicking HERE.

SMILES
Smile of the month goes to our smart crow family for being even smarter than we realised. First of all, Mr Crow has started waking me up by CLACKING on mornings I try to sleep in. It seems as if not seeing me up at the right time bothers him. Is he worried? Is he hoping for a late breakfast? I have no idea, but it does make me laugh when I hear him.

HEALTH
Next week I finally go to the surgeon to set my operation to fix my hernia. It should have been last month, but I forgot what day my appointment was and went a day late. I was so mad at myself for that. :-( This forgetfulness, my Dr says, is probably a side-effect of my hormone injections. It's also probable that my mood swings and extreme irritability (I've been pretty scary lately). Not much I can say about that, except I'm fairly sick of my body at this stage. I'm not dying or in extreme pain, but I am in constant discomfort. One way or another, I'm not really enjoying life at the moment. Hope things improve soon.
...
Posted by Michelle at 11:41

As the completely flabbergasted author of "Wanted," I'm so pleased that you've enjoyed it!

And I sincerely hope that your doctors are able to help you.

Sorry to hear about your mood swings and stuff :-((( LOVE that part about the lessons! GREAT ONE! :-))))

Crossing my fingers for your hubby's future career!!!!!

And GOOD LUCK on the operation. I also hope your health improves soon!

I'm sorry to hear that, i hope your situations improve soon, and i love that susan boyle singer, she does indeed have a good voice, LOVELY...:-D

BIG KISSES**** from Romania and GOOD LUCK on the operation

Btw, THANKS for introducing Celestine to me! Turns out she's my cousin's friend HE HE HE...

*hugs to you, my friend*
Did you try drying the camera out? It could possibly still be saved. A friend drowned his camera. Afterwards, he opened it up, let it dry out and it worked.

Susan Boyle is an inspiration. I'm so glad she's getting her chance to shine.

True words by your friend... and sad

What does hubby do best? Are you in a place where an entrepreneurial venture could take off?

Your hubby's duckfood experience brought tears to my eyes. Thank you for the lesson.

Oh and I'm glad you're getting seen to. You deserve a good, healthy life :)

Hi Michelle. I enjoyed this post very much. I am sorry to hear about your camera and how your health is affecting your happiness. I hope that will improve for you soon. Susan Boyle's singing is phenomenal. Loved that! Thank you for sharing it. And raining duck food---that made me smile big. Sending a big cyber hug to you just because it sounds like maybe you could use one.

What a fine blog! I voted for you over at bloginterviewer, and thank you for doing research on the cheating issue. Just as I figured.

Hope your health concerns evaporate soon, and only clear skies for you ahead.

Thank you for the well-wishes. Sending good publishing offer wishes back to you! :-)


Hi Amel
How funny that Celestine is your cousin's friend. Small world! :-))

Hubby's story was a wonderful lesson, wasn't it? Thanks for the good luck and the hugs.
((HUG BACK))

Thank you. I'm determined to get better and I do feel better today. I think good wishes, like yours and everyone here, really do help.
Love and best wishes to you too. :-)

Good news, maybe, on the camera. It's still under warranty and we sent it in on Saturday. Keep fingers crossed! I did dry it out, but the screen on the back (digital) has gone funny.

Hubby/Sandy is good with computers. He's done part-time work fixing computers etc, but this time we're going to need it to be full time. He'sa builder by trade and there is nothing in that line here. It's so bad at the moment that it's making the news in Scotland - zero building going on and housing market fairly stand-still too.

So the computer thing is our best hope at the moment. We're working on a website for him. Last week I designed signs and other advertising. We've made up business cards and had stickers made for the cars. We tried flyers once years ago and found them not worth the effort. I must get around to blogging about it all, but I am so behind on everything it's not funny. My to do list grows every morning instead of shrinking. :-\ Which reminds me. I have that book for you, I FINALLY bought a box to put it in... you will get it soon. I swear!

The duck food really helped us all. All four of us are pretty shredded at this stage.

Love and hugs to you

THank you for the reply and the hug. You are right. I was feeling BLAH writing that and really needed the hugs. (((HUG))) back! :-)

Thank you for voting for me, and for the well wishes. . At least I got to meet you via the blog interview. That makes the effort worth it, even if I never get beyond 4th place. :-)

Oh, this makes me want to hug you and say everything will be fine. Your dad will keep working, your hubby will find something he likes soon and you mood swings will be gone. I can still feel your positive vibes Michelle, despite all the discomfort you're going through.

Hi Michelle, nice Kitty, nice Kitty. Seriously though, I hope with the new season comes new hope. Keep your chin up and smile. BTW, your book arrived on Friday just as I was taking off for a me day. Managed to read about 1/3 so far. My reading hour is upon me so I must go read some more of Idrith and Daen's adventure.

Now for your missing Spirit section, how about this quote from Leondardo da Vinci, "Where the Spirit does not work with the hand, there is no art."

I hope next week is better for you all!

Sorry I never replied till now. I'm not being updated by blogger about replies for some reason. Very frustrating as I don't always remember to check all my posts or blogs regularly.

Ting
Thank you for the hug. Things are already starting to improve. I'm busy writing an update right now.

Bogey
I laughed at the kitty bit. I'm pleased to hear your book got there so quickly. I hope you enjoy reading it as much as I enjoyed writing it. And I love your quote. Come back later and you'll find my new more "up" update. (still writing it here!) ;-)

thanks for the plug, Michelle, sorry I'm so late with my thanks. I've not been quite *normal* lately. That's good, but....

No problems. I'm way overdue blog hopping myself. I think about it, but then... I just kind of forget. I hope you're keeping well and that it's a good not normal. I must pop over to your blog some time. Feel free to remind me!