My third set of summer photos was actually a very dreary weather day. It was cool and misty when we set off to the Tomintoul Highland Games. It stayed that way the entire day, but we still had fun. I have made several photos into panoramas. You will need to click on them to open up to full size. Here's the setting for the games.

Now, I'm not a Highland Games expert. The only event I know is tossing the caber. Beyond that it was, for me, a day of muscular men in kilts chucking large dangerous objects about. And they do it with a shrug of indifference. There were men flinging weights up over a bar above their heads without bothering to see where it goes. Guys flinging giant metal balls, hammers and weights on chains around, like Thor cleaning house. 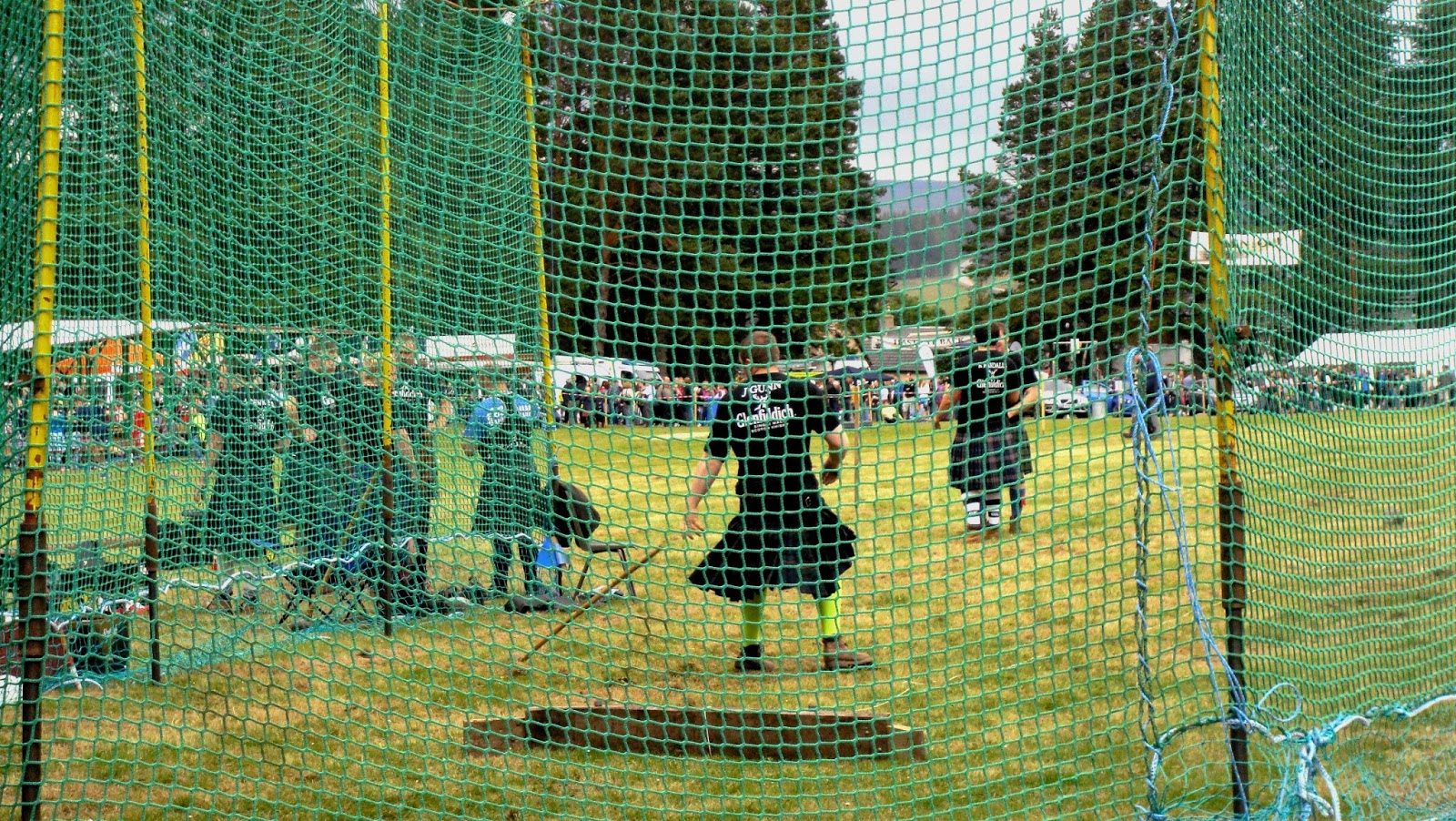 And other contestants stand waiting right next to them, chatting casually. I'd be ducking behind things in anticipation of concussion! 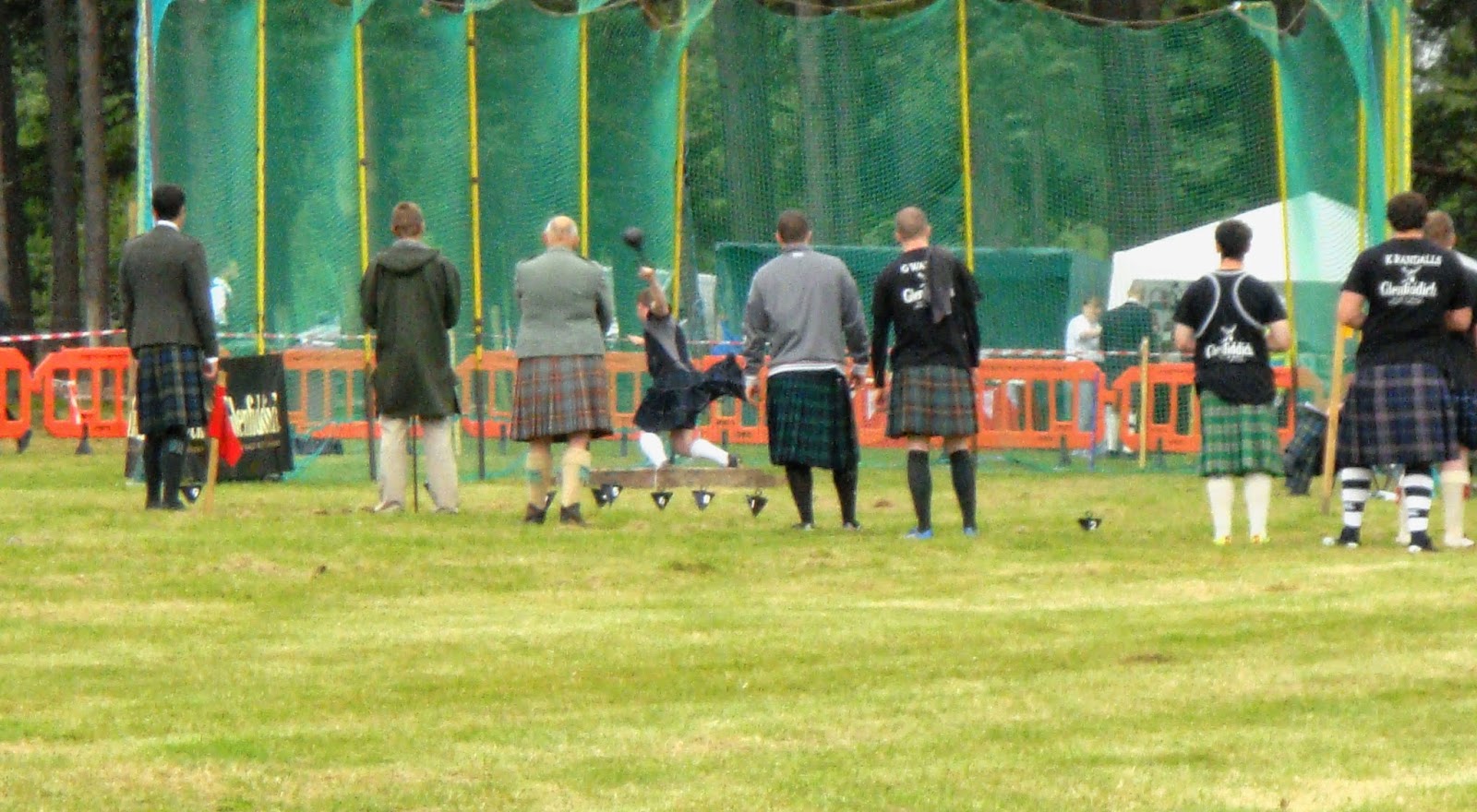 There were other events as well as stalls. Highland dancing and piping competitions. I took a photo of one young piper warming up before his turn in the nearby forest. 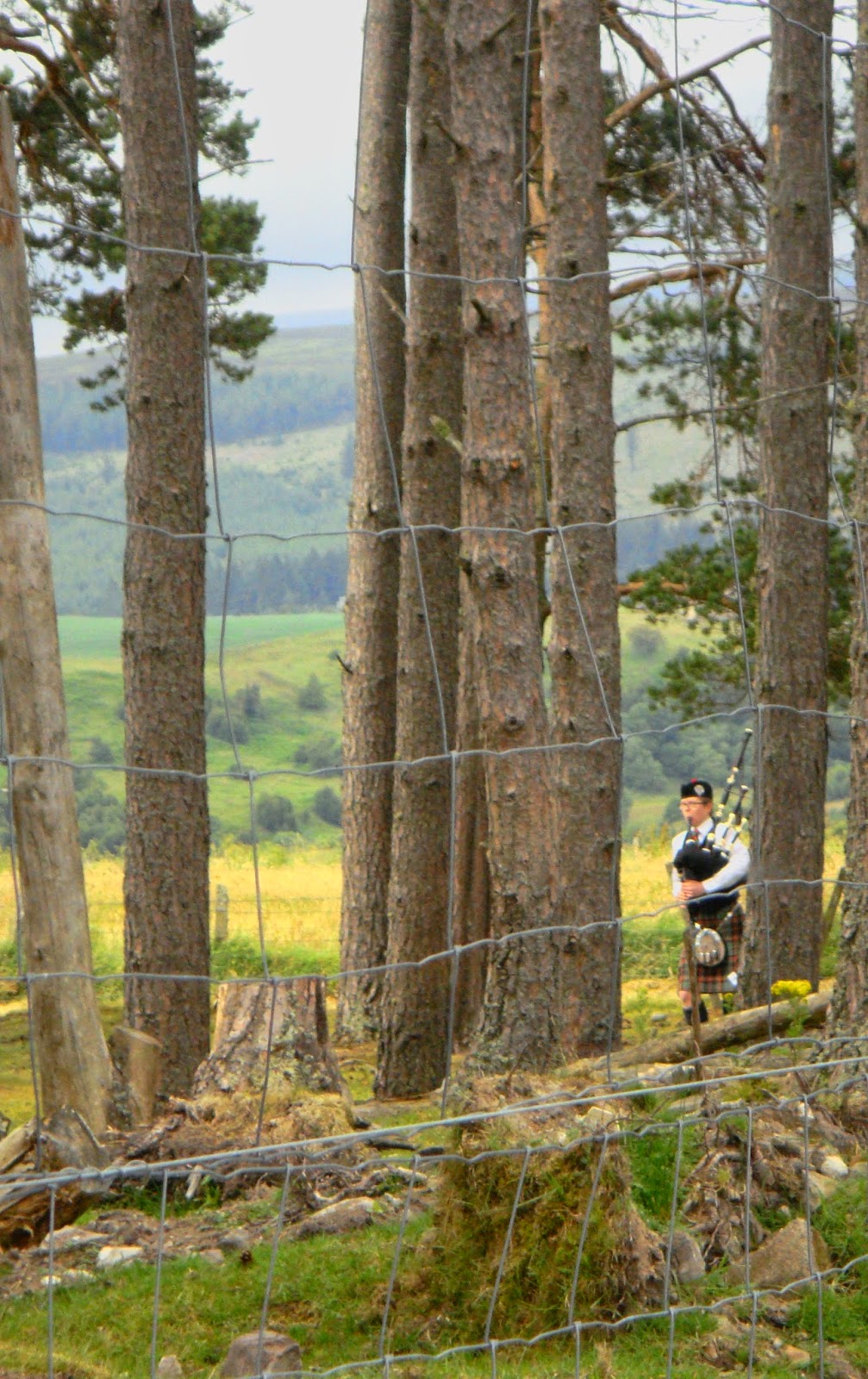 We had burgers for lunch. I chose the venison and hubby had the beef. They were excellent. :-) 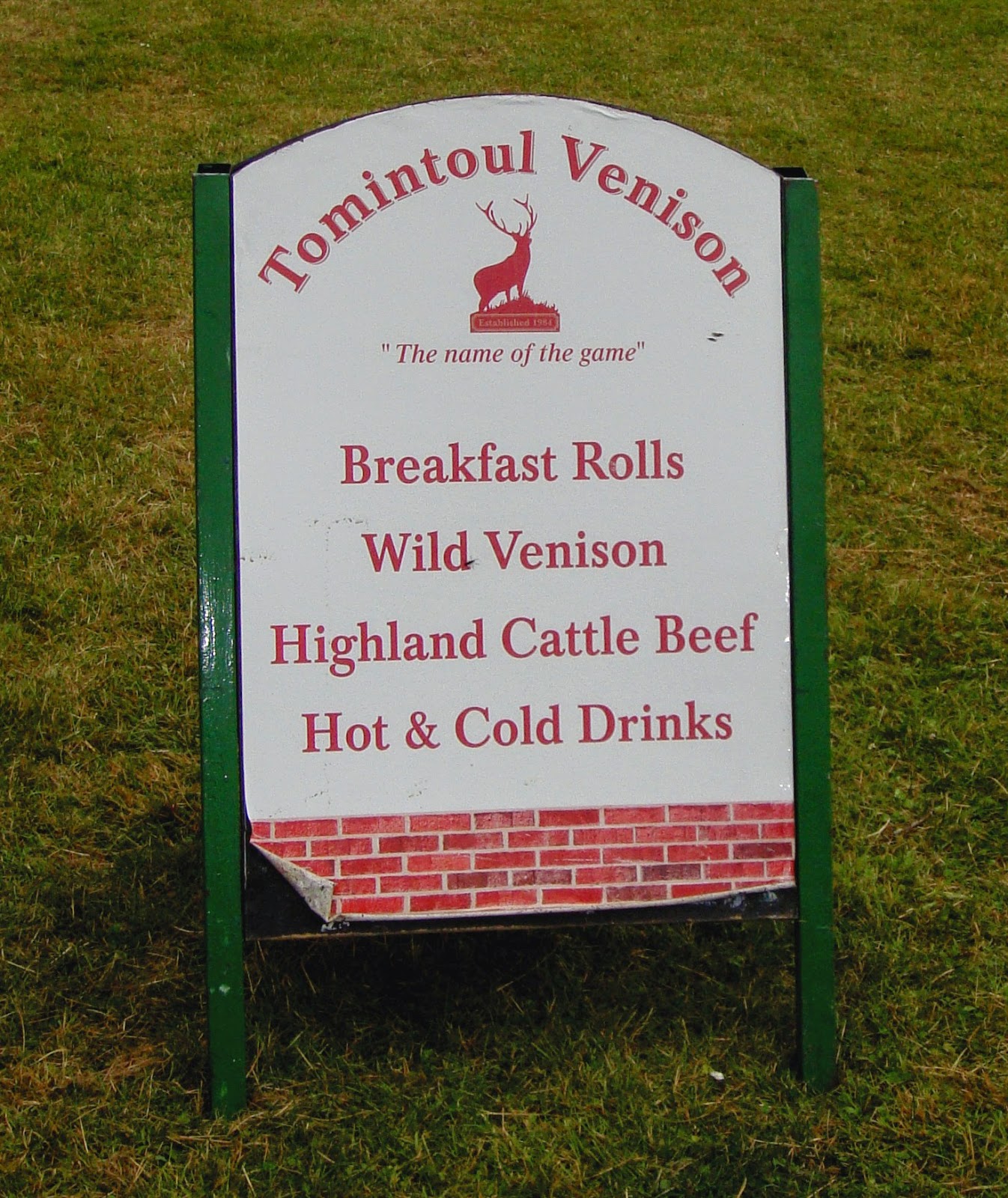 The best part, for me, was when the clan chiefs marched out in front of the pipe bands. The sound was amazing.

Historically, the clans compete against each other in the games and each clan chief would pick the contestants. It was interesting to see some women marching as clan chiefs.

I love their uniforms. 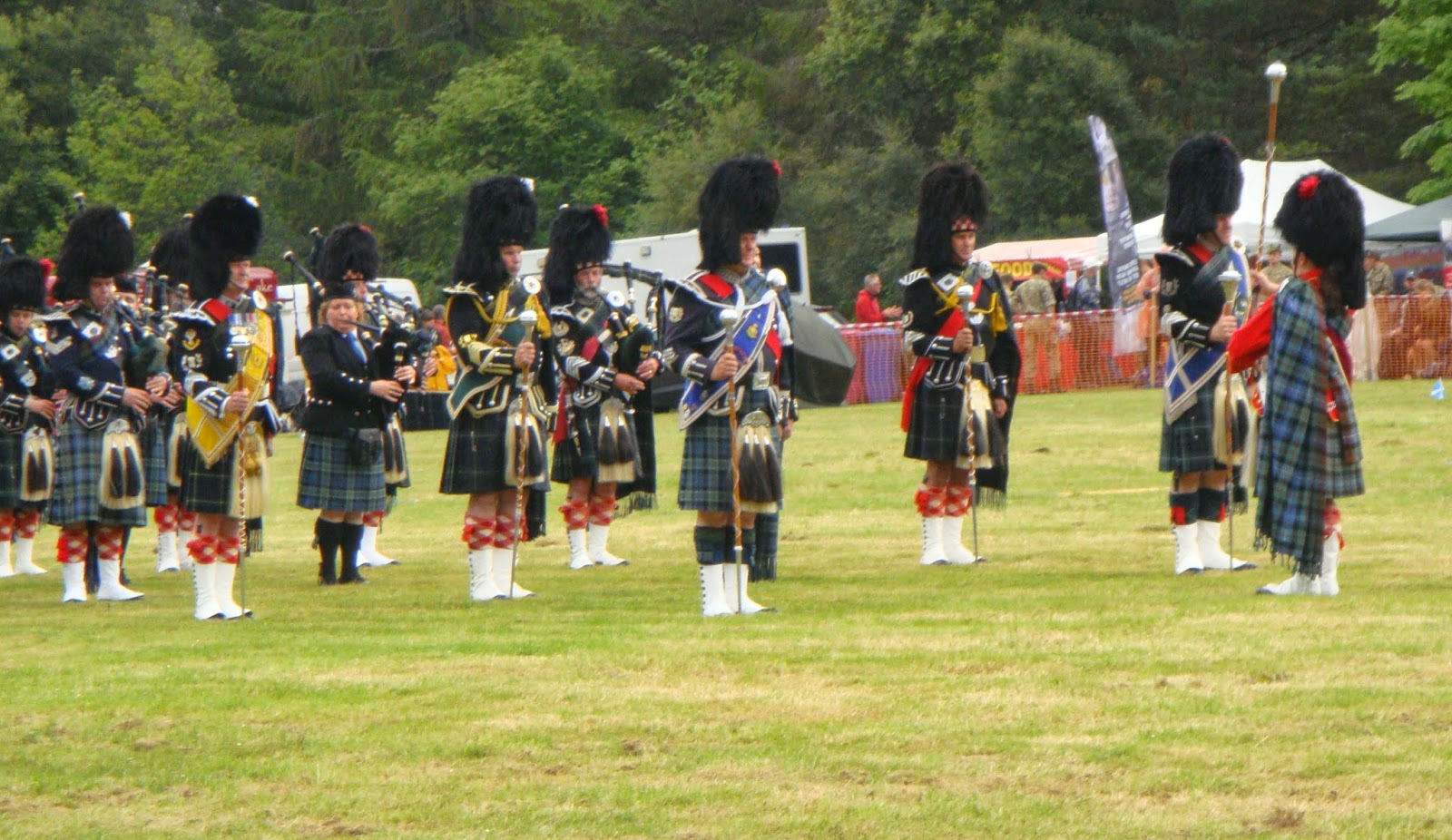 The back clan chief looked very impressive standing to attention. 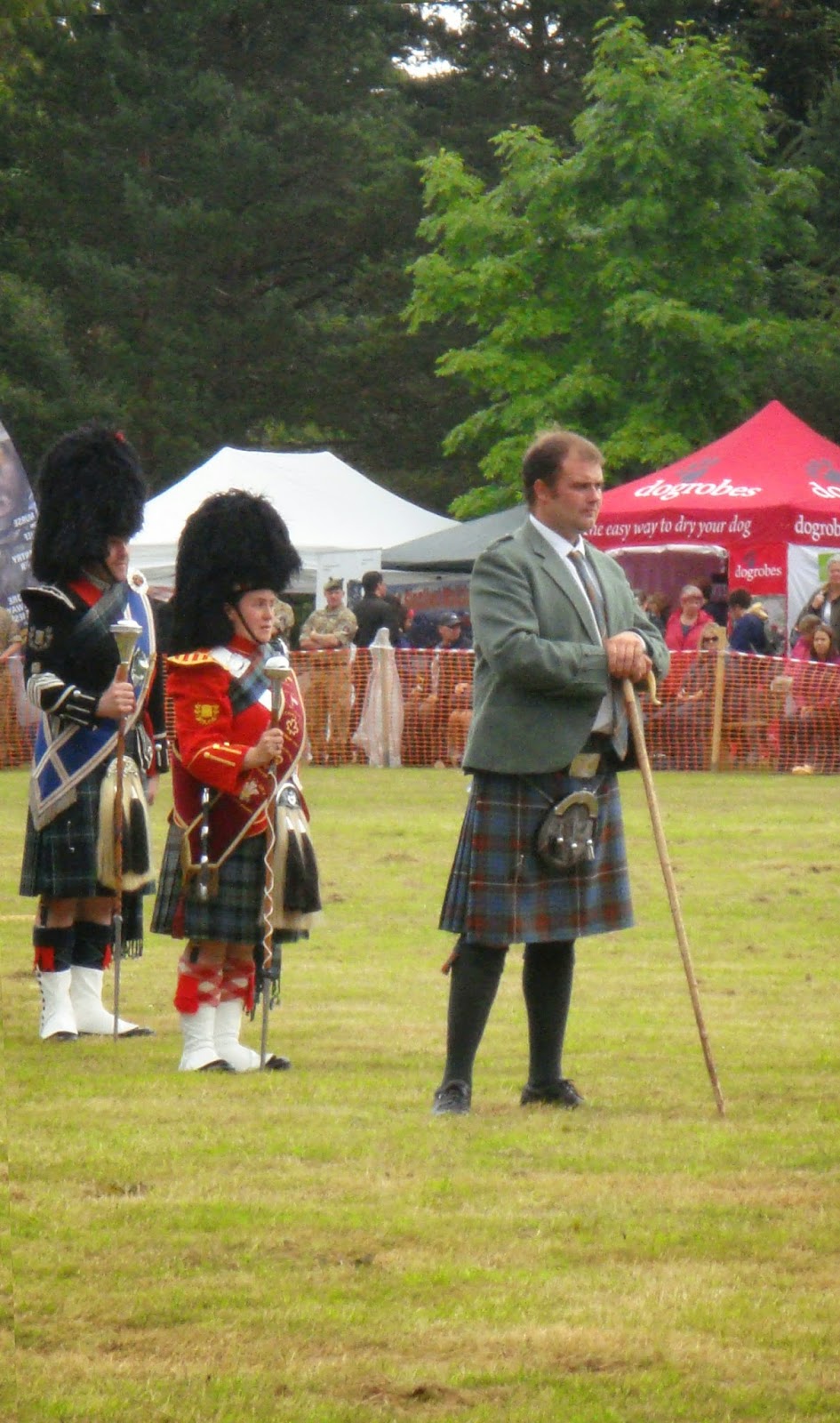