My next set of photos are of Elgin Cathedral. Or the ruins, to be exact.You can click on the photos to enlarge them. Elgin Cathedral was built in the 13th century. It must have been a very impressive and lovely Cathedral.

A former Bishop (Alexander Bur 1362–97) described it as, "the ornament of the realm, the glory of the kingdom." 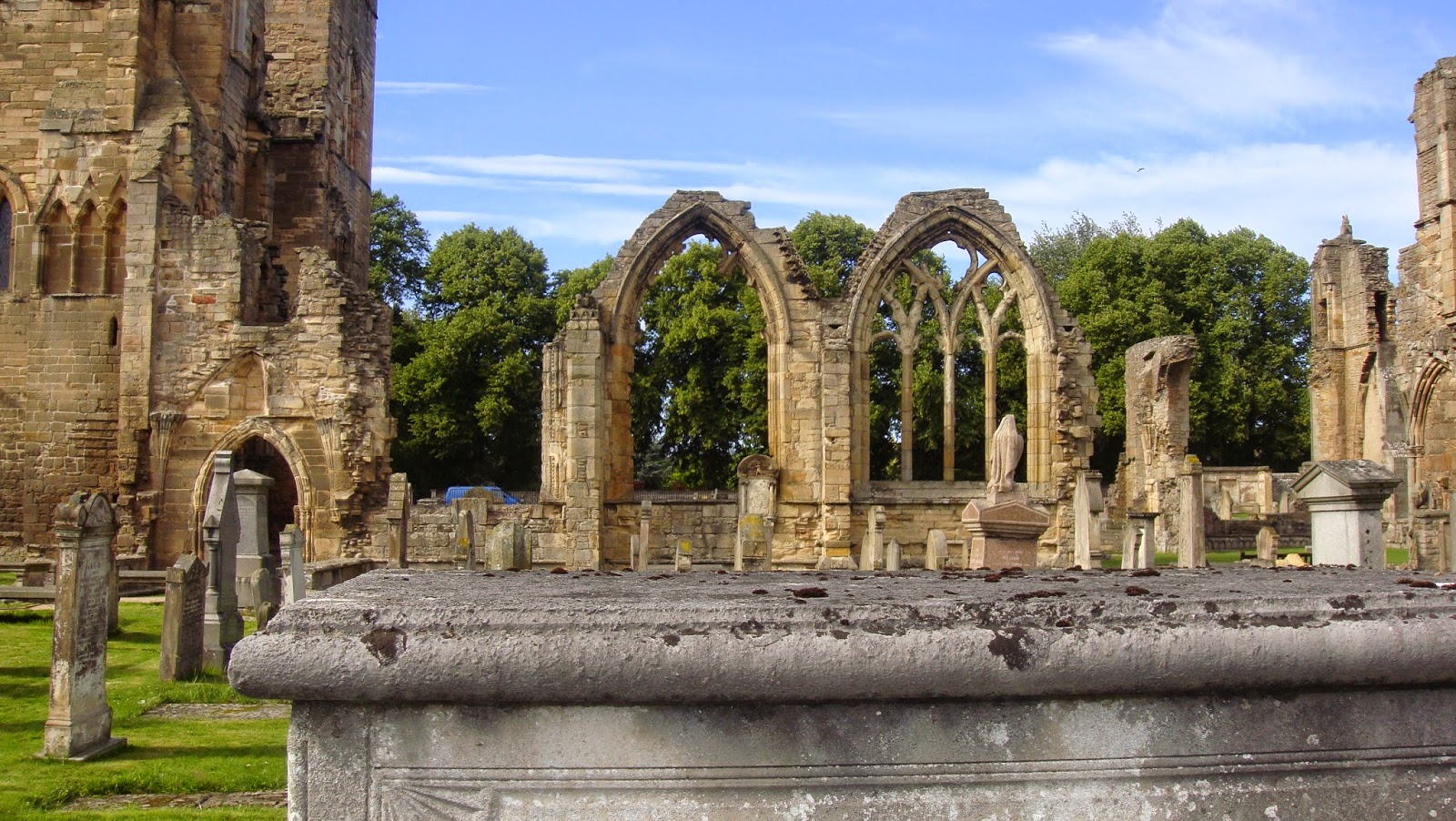 So what went wrong? War, of course. Elgin was a powerful centre in its day and much fought after. The Cathedral was damaged several times, but the worst fire damage was thanks to The Wolf of Badenoch in 1390. The "Wolf" was the ferocious and fearsome Alexander Stewart, third son of King Robert II of Scotland.

Here are the doors of the West Front. This section is still fairly intact. 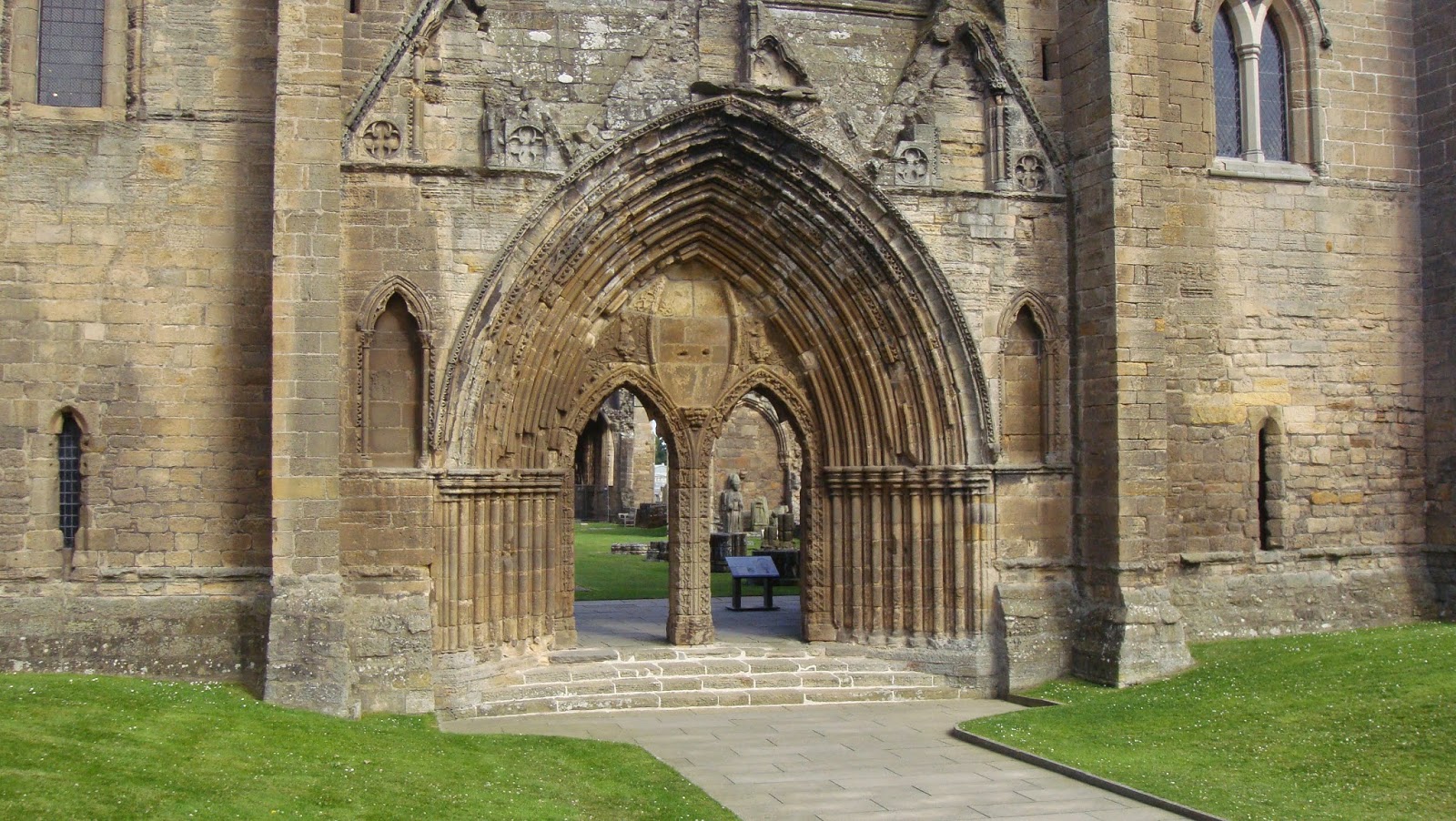 I took a close up of the stone Bishop through the doors... 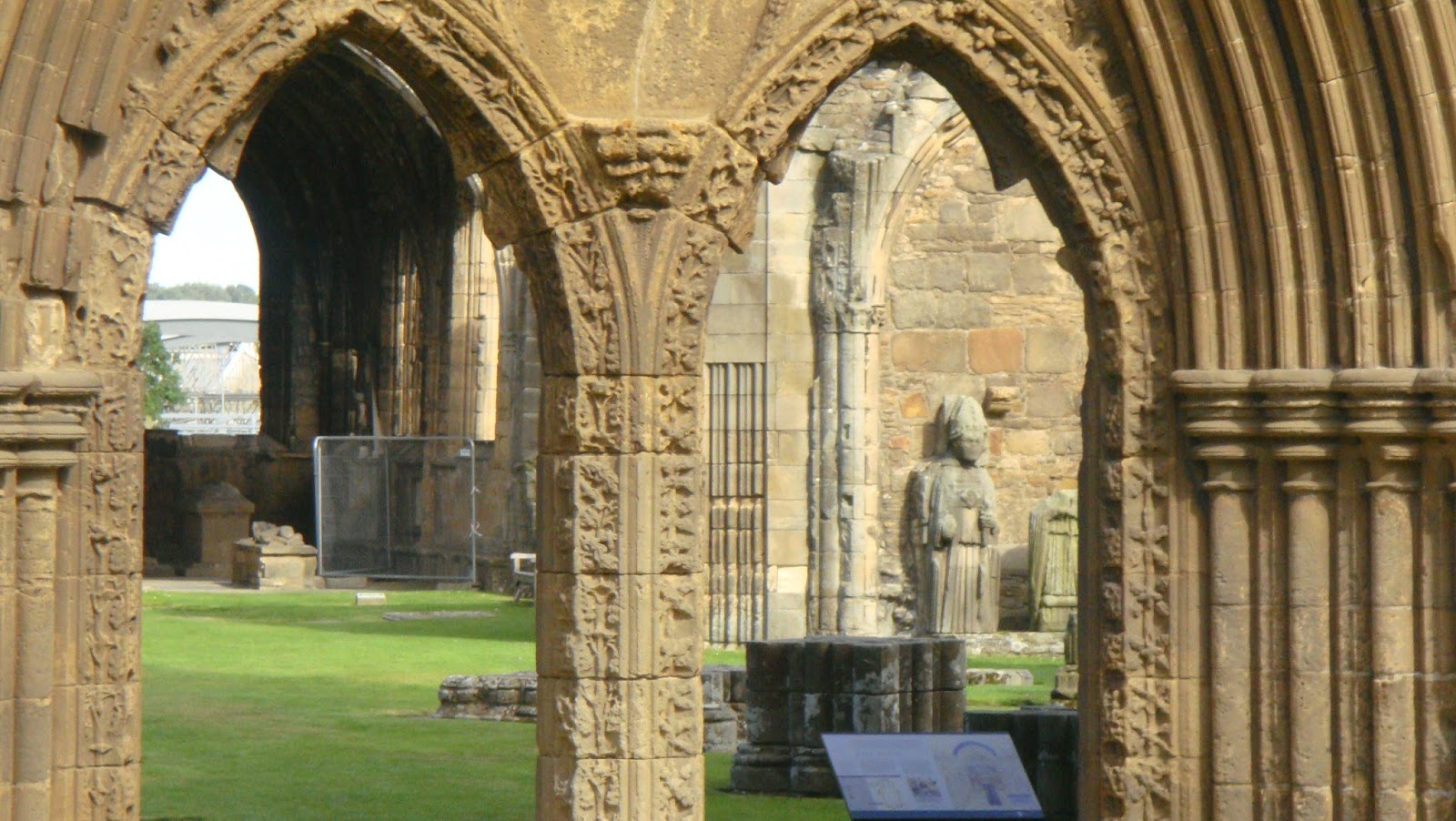 This cheeky guy photobombed my view of the front. Couldn't resist adding him. ;-) 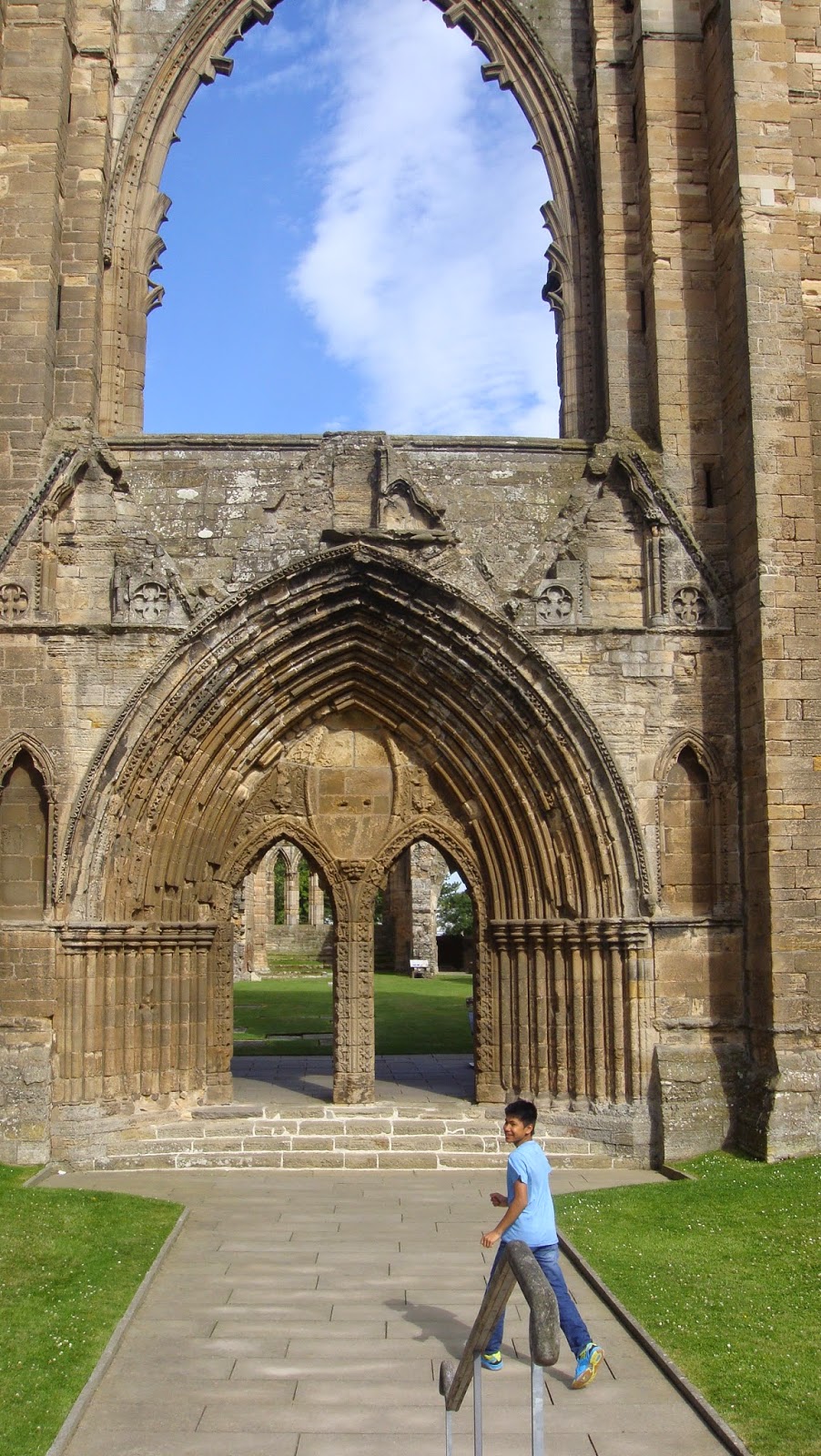 And finally... a panorama view from the nearby castle of Duffus. Duffus was built in the 12th century, on the edge of Spynie Loch. That seaside loch no longer exists. It's all farmland now. But back in those days ships would sail past that castle, right up to Spynie Palace, which was the where the Bishops of Moray lived.