This last Sunday truly was a SUN day, so hubby thought we should all get out and enjoy it. Dad and I flung together ham rolls and snacks and within half an hour we were all in the car and off to enjoy the day. :-)

We went East, beyond Elgin, along the Moray coast. 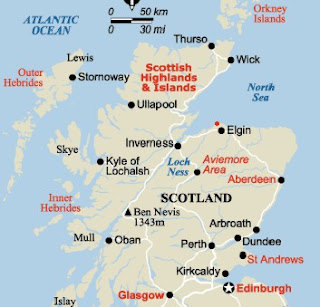 We went to some new places, but mostly we stopped in at all places I first saw almost exactly ten years ago, when I came out to Scotland to meet my future husband. ;-) Cullen, Portsoy, Banff and Macduff and then Gardenstown and Fraserburgh before heading back through Turiff. You'll need to click on this one to enlarge it.

Here are my first photos, from Cullen to Banff. :-) At Cullen we stopped by the beachfront and I took two photos, left... 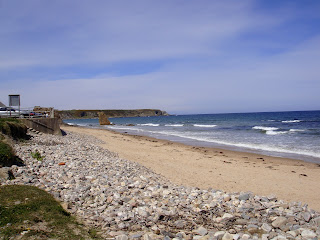 ...then right.
You can see the houses of Cullen in the distance there. Cullen is most famous for "Cullen Skink" - a soup made of smoked fish. I've never had any, but my brother-in-law says it's delicious. 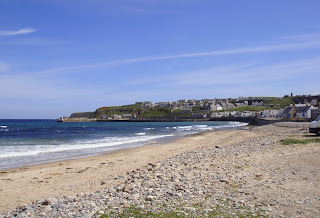 There was a board up with info about the town. I took of a photo... 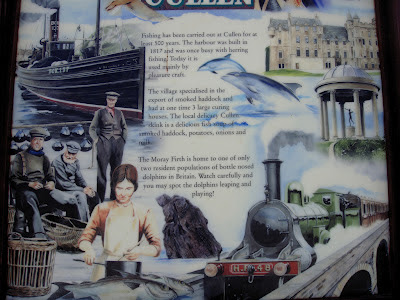 Behind us loomed the viaduct that used to take the old steam trains on their coastal route. 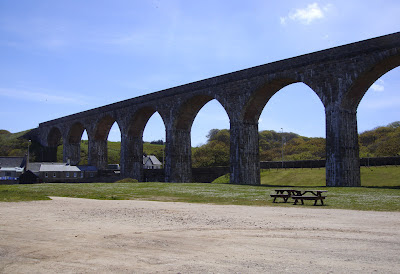 Then we went to that other side, to the harbour. Here's a photo looking back at the beach and the viaduct. 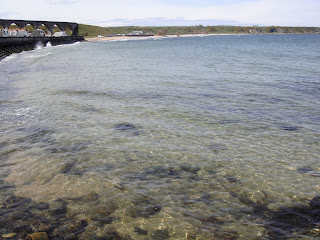 We drove through Portsoy, but I didn't take any pictures. Maybe some time later in summer we'll go back. Portsoy fills its houses with flower baskets and flowerboxes by the windows. It is so pretty, but it is too early for the flowers now.

Next stop was Banff. We stopped at the harbour. I took some of the sea, but they're not that exciting. The harbour is more interesting. 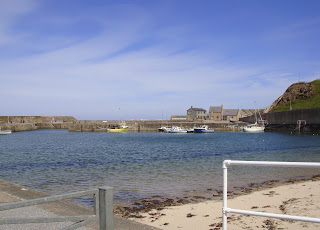 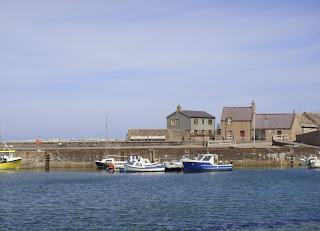 Over the harbour wall hubby saw an Eider duck on the rocks. Eider ducks are a sea duck, most unusual. He had his head out, but as I focussed the camera... he stuck his head under his wing and went to sleep. ARGH! 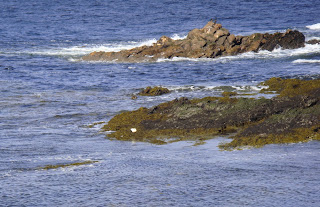 Beyond the harbour and over the river is the town of Macduff. You can see it in this close up I took. 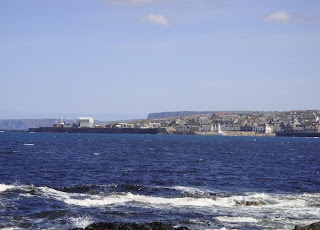